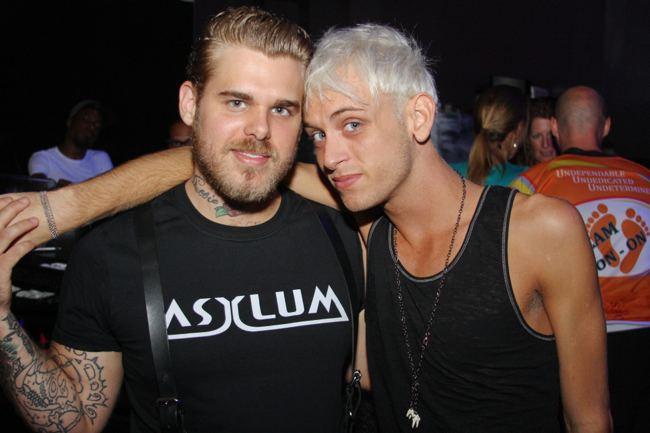 Atlanta police cited the bar, consumed with complaints from neighbors and a struggle over its hard liquor license, for operating outside allowed hours of operation, selling alcohol without a license, storing alcohol without a license and hours of operations. The incident also resulted in the arrest of manager Couri Antonio Williams, who just three days earlier invited a table full of people to an after-hours party.

Turns out that's not such a good idea. Seated at the table? Stephanie Ramage, the citizens' advocate at City Hall, and an off-duty Atlanta police officer, according to Patch, which first reported the bar raid on Wednesday.

From that police officer's report:

"We were approached by a black male who stated that the club across the street from our location (Asylum) was having a birthday party starting at 0300HRS. The male stated that it was $10 to get in and free beer. When the mail was leaving the location, he stated again the party was starting around 02:30 but would really be rollin' around 4."

And what about Sawyer (second photo), who has bounced around failed enterprises in gay Atlanta since at least early 2009? He helped open Asylum last July in the revamped former home of Echo Lounge on Flat Shoals Avenue to great gay fanfare (top photo). The bar hosted drag, softball beer busts and enjoyably trashy Bedlam parties.

But last November, the bar was criticized when it dropped gay events and shifted directions. Sawyer, one of the bar's owners, said then that Asylum could draw larger crowds with non-gay events that cater to East Atlanta's eclectic feel.

“We’ve had literally every genre go through the club in the last three-and-a-half months. Most of that was to test what kind of crowd we could get,” Sawyer told Project Q. “It’s one of those things that the venue was meant to be whatever. We didn’t have a lot of people reach out to say they want to do an LGBT event.” 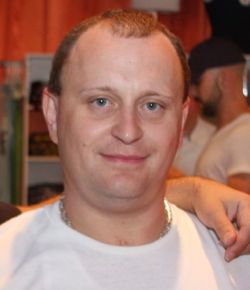 So out with weekly drag shows and in with STR8 Flex'n and Hustler Night and a raft of complaints from neighbors. In January, the city's License Review Board investigated Asylum's ability to offer live entertainment and hard liquor sales. Then more questions about whether the bar is operating legally. Then, about 7:30 a.m. on Wednesday, the police raid.

And it follows what apparently had been an ongoing investigation into the operations of the bar, which may have been operating illegally since it lacks a city liquor license.

There also is an ongoing question about its ability to sell hard liquor and have live entertainment within 300 feet of a house.

Sawyer did not respond to a call from Patch seeking comment.

Before Asylum, Sawyer had been a key player in the company that bought David and Southern Voice for $9,000 in bankruptcy court in February 2010. Before that, Sawyer was chief operating officer at Gaydar, also a weekly nightlife magazine, which faced at least one lawsuit from a printer who alleged the magazine owed it more than $40,000 in past due bills.

In 2009, Sawyer was one of four owners of Pearl Day, an on-again-off-again gay day at Six Flags. They promised $9,000 that year to three non-profits they named as beneficiaries of the event. But the for-profit Pearl Day never donated the funds promised after the groups provided pre-event publicity to help drive ticket sales.

The fallout strained relations between Pearl Day and the non-profits, and continued when Sawyer joined the company that purchased David in 2010. Atlanta Pride, a Pearl Day beneficiary that was promised at least $5,000 and as much as $15,000, booted Gaydar and David from the 2010 Pride festival over the matter. In August 2011, Sawyer was pushed out when new owners acquired David magazine.

About an hour after Project Q published this story, Brian Sawyer called to complain, threaten legal action and complain about his "chapped ass."

"I am officially and legally tired of your repeated attempts at smearing my name," Sawyer said in the nearly five-minute call. "It may end up in a lawsuit. I am tired of you repeating the crap that is untrue, incomplete and insinuates something that isn't true. I am tired of it."

When asked if Atlanta police raided his bar on Wednesday morning, Sawyer said he didn't know. When asked if he knew a bar manager was arrested in the raid, Sawyer again said he was unaware of the details of the raid, some of which are included in the story above that he claimed to have read and that prompted his call.

"I have no idea. I am in Nashville. I have no clue what anybody is talking about. I am visiting my mother," he said.

"What really chaps my ass is this bullshit over this crap continuing," Sawyer added.

"You keep doing what you do best," he continued. "This time, I am not going to sit idly by. Every word, every period, every articulation of your articles is going to be picked apart. I am tired of your opinions. I am not happy with this."

Sawyer didn't detail any of the factual errors he alleged were in Project Q's coverage. But he did say that his DUI case from August 2011 has been dismissed.

Atlanta police visited Asylum twice this week, according to incident reports released on Wednesday. The first time came Sunday, about 4:35 a.m. after Antonio, the bar manager, allegedly approached Ramage and an off-duty officer about an after-hours party at the venue. Three officers later approached the bar.

While inside the club we observed several patrons drinking alcoholic beverages and being served by the club's bar. Williams then appeared and stated he was the manager and he thought the club had a special 24 hour party permit. Williams only could provide a copy of his business license and alcohol license. We when informed Williams he was in violation of the city ordinance for selling alcohol for consumption during unauthorized hours. Williams then stated he was not selling the alcohol, however while outside the of the club while patrons were walking to the club Williams told them to hold off on paying because the club might be shut down.

Police then cited Williams, closed the club and some 83 people inside left. Police noted that the club's front door had an incorrect address on it.

On Wednesday, Williams was arrested when officers observed people inside Asylum allegedly drinking about 7:15 a.m.

On 6-12-2013 around 7:15am officers were dispatched to 543 Flat Shoals Ave regarding the Asylum lounge being open after hours.  Upon arrival officers approached the front door of the location and observed people inside sitting at a booth with drinks on their table.  Officers knocked on the door and the people at the table got up, went to the back door and fled on foot.  Officers continued to knock on the door and the manager finally came to the door and opened it.  Officers asked the manager for his business license and he provided his business license and an expired permit to serve alcohol.  Officers contacted APD license and permits and confirmed that the business had no permit to serve alcohol.  Inside the location officers found evidence that alcohol was being served and the lounge was operating after hours.  The manager, Couri Williams was placed under arrest and transported to Atlanta City Jail.

An earlier version of this article characterized the incidents as a raid by Atlanta police. Reports provided later detail the June 9 and 12 incidents and depict them as routine investigations of allegedly illegal activity, so we revised our story and headline.