Please do not ask Hugh Jackman if he’s gay 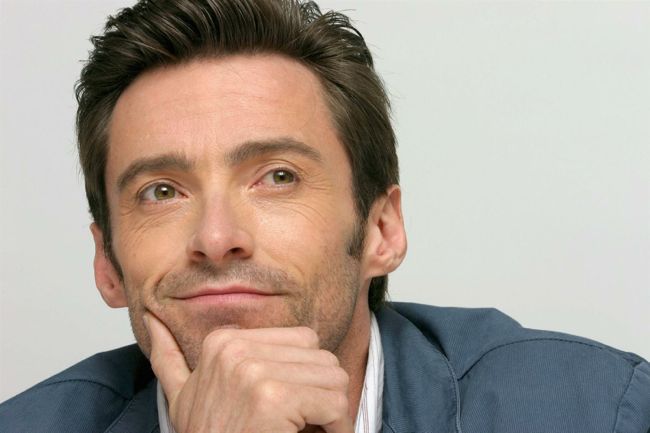 Singing and dancing muscle stud Hugh Jackman is in Atlanta these days, filming "Prisoners" with gay cowboy Jake Gyllenhaal and igniting gay passions with his sweaty workouts at a Decatur gym. But please, gay Atlanta. Do not speculate about his sexual orientation or ask if he's gay. It really pisses off his wife. The issue came up again in a Jackman profile by the Hollywood Reporter, which notes:

Despite these friends and a seemingly idyllic life, Jackman admits rumors about his sexuality have taken a greater toll than previously acknowledged, especially on his wife. "Just recently, it bugs her," he says, blaming the Internet, which she frequents more than he does. (Jackman largely sticks to cricket sites and The Economist.) "She goes: 'It's big. It's everywhere!' "

And then offers up testimonials from others about Jackman's not gayness, like this one:

His X-Men producer Lauren Shuler Donner shrugs off the gossip. "I have seen him with Deborra since the beginning of their trip to Hollywood, and I've been on five movie sets with him and have never seen him stray, have never seen him eye anyone. I met him when he did Oklahoma! [at London's Royal National Theatre in 1999]. He was genuine, hugely talented. He was in love with his wife that day and still is."

And then Jackman's own fawning over his think-skinned wife and the start of their relationship and nearly 17-year marriage:

She was very beautiful. She was unbelievably fun — this energy, this spirit — irrepressible. And she had a confidence in herself. I had a massive crush on her instantly...She was sort of the opposite of me. I was very 'Even Steven,' and she was thrilling to me. I was always really attracted to that — though at one point, as it was getting really serious, it terrified me.

So there. Not gay. Keep that in mind if you spot him at his temporary pad in Midtown or pumping iron at Core Body in Decatur. Sexy but not gay. At least when his wife's around.