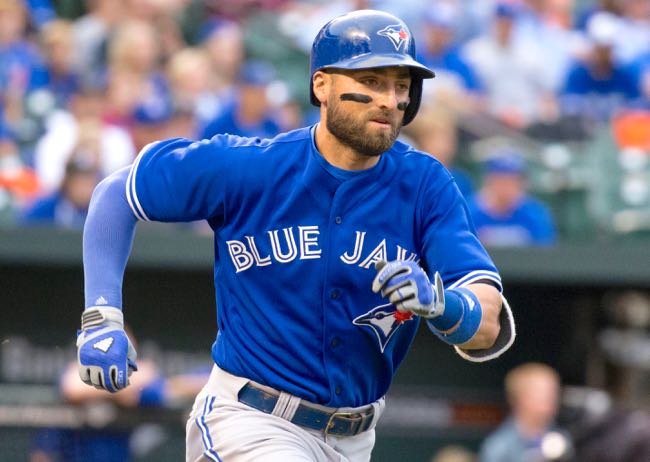 Kevin Pillar received a public smackdown after the Toronto Blue Jays center fielder yelled a gay slur at an Atlanta Braves pitcher during an already tense game at SunTrust Park on Wednesday.

When Pillar struck out in the seventh inning, he called Braves pitcher Jason Motte a “fag” or “faggot.” The homophobic slur prompted both benches to clear, though no punches were thrown and no one was ejected from the game.

But the public smackdown was quick. The Blue Jays suspended Millar for two games and fined him an undisclosed amount. Major League Baseball launched an investigation, though the team penalties will likely preclude any further punishment.

Millar muddled his way through a clumsy apology after Wednesday's game. Via Yahoo Sports:

“Yeah, I mean, obviously that was the initial thing I was upset about but I think it just stems from a little frustration in myself and just the way this series has been going. It was immature, it was stupid, it was uncalled for. It’s part of the game, it’s just, I’m a competitive guy and a heat of the moment. Obviously I’m going to do whatever I’ve got to do to reach out and apologize and let him know the didn’t do anything wrong, it was all me. Obviously something to learn from, something to move on from. Don’t let it define me but really I think it was just frustration from coming off a really good homestand and really just not even being in any of these ball games, just coming out flat and not being able to build on what we were able to build on against Seattle. That just all came out in that moment.”

Describing the slur as “part of the game” while also failing to mention the LGBT people he insulted didn't sit well with critics.

So did the Blue Jays, with General Manager Ross Atkins flying to Atlanta to apologize in person on behalf the team.

The Braves enjoy a solid relationship with LGBT Atlantans since they mopped up after former pitching coach Roger McDowell's anti-gay slur in 2011. Each year, the team hosts an LGBT night and gay fans are finally coming to terms after this gay business executive helped Cobb County steal the Braves from Atlanta.