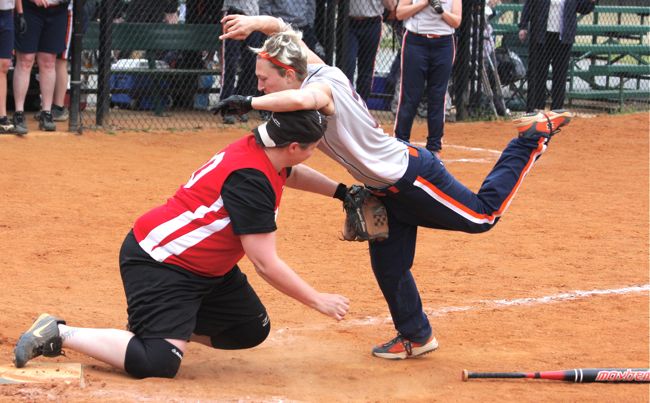 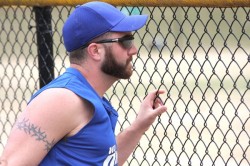 VIEW PHOTOS | Hotlanta Softball League Opening Day @ Southside Park The crack of the bats. (OK, they’re aluminum and ping more than crack.) The peanuts and Cracker Jacks. Rooting for the home team. One, two, three strikes you’re out. The Hotlanta Softball League is back. Some three-dozen teams making up the gay league took to the fields of Southside Park on Sunday to open HSL’s 31st season. They began the summer-long slog of a weekly schedule that ends up – at least for a handful of teams – with berths to the World Series later this summer. (The lads head to the Gay Softball World Series from the North American Gay Amateur Sports Alliance in Chicago from Aug. 29 to Sept. 3. The ladies compete in the World Series from the Amateur Sports Alliance of North America in Philadelphia from Aug. 22-27.) 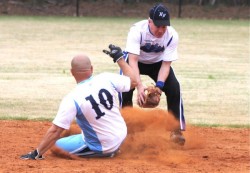 But between now and then, there will be plenty of on-the-field action with nearly as much off the field, too, such as car washes with strippers, beer busts, fundraisers, Mr. & Ms. HSL Pageant and the Big Peach Tournament over the July 4th holiday. After Sunday’s slew of games, the teams relaxed with beer and cocktails during its weekly host bar gathering. This week, the league’s Mudpups hosted it at the Hideaway Club in Ansley Square Mall. On March, 12, men’s and coed teams from HSL’s C and D divisions warmed up for the season with a tournament, also at Southside.