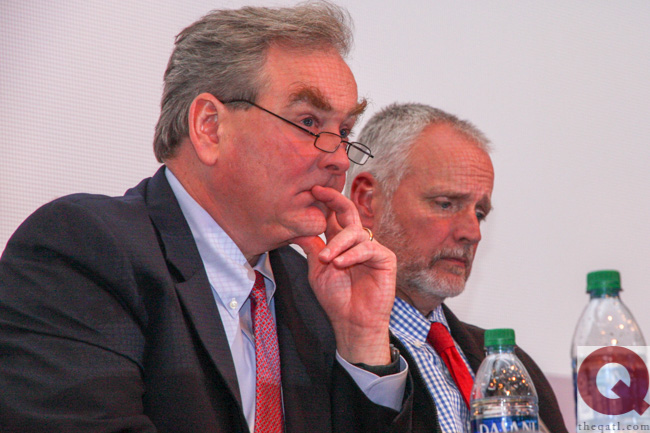 The Pickens County School Board, citing death threats, harassment and vandalism, reversed course and said it will stop allowing transgender students to use restrooms that match their gender identity.

The decision came Tuesday during an emergency meeting called to address the issue.

“There have been many serious safety concerns raised in the past few days,” the board said in a press release on Wednesday. “School board members, staff, and students have been threatened due to the administration’s implementation of Adams vs. St. John’s County School District.”

The controversy erupted Oct. 11 when Superintendent Carlton Wilson announced that the school system would allow an unidentified trans student to use restrooms with which they identify. Some 700 people attended a community meeting about the issue on Monday, most of whom attacked the new policy.

The school board considered the issue Tuesday and said a rash of death threats, student harassment and vandalism of school property pushed it to act.

“The district understands and acknowledges that it has the responsibility to protect its staff and students,” according to the statement. “However, the district has concerns that it may not be able to meet these recently increased demands.”

The board will no longer allow trans student to use restrooms that match their gender identity until the safety concerns can be addressed, according to the press release.

“We ask that all of our stakeholders exercise patience and discretion until these matters can be resolved,” they said.

When Wilson announced the policy change on Oct. 11, he cited an ongoing legal battle over the issue – Adams vs. St. John’s County School District. A district court ruled in favor of a trans high school student in Jacksonville, Fla., in that case in July 2018. The Atlanta-based 11th U.S. Circuit Court of Appeals will hear oral arguments in December.

Wilson said Monday that he made the decision to allow trans students to use the bathrooms of their choice after consulting with County Attorney Phil Landrum (photo left) and outside counsel.

The Pickens County school district has about 4,600 students in three elementary schools, one middle school, one junior high school and one high school, according to its website.