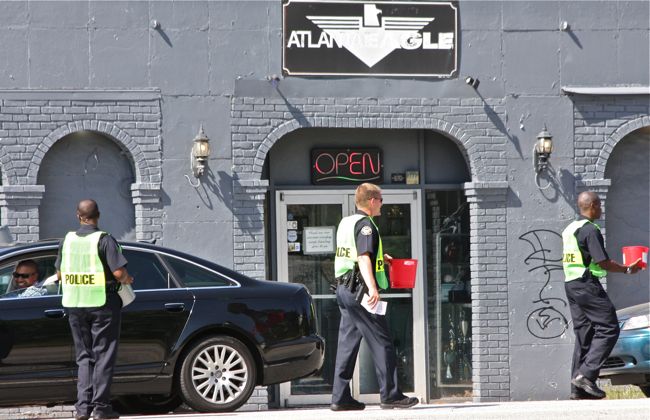 The appearance of a contingent of Atlanta police officers swarming around the Eagle on Saturday raised concern from more than a few gay Midtown residents. You really can’t blame them, given the last time that happened involved dozens of officers and allegations of abuse that turned into a $1.025 million settlement against the city and the police for an illegal raid.

Turns out that this time around, the Atlanta Police Department was stationed at the Krispy Kreme across Ponce de Leon Avenue from the gay bar. Cops and doughnut jokes aside, they were trolling the area for donations to Special Olympics Georgia. If you dropped some bling in their buckets, officers rewarded you with a ticket — for free doughnuts.