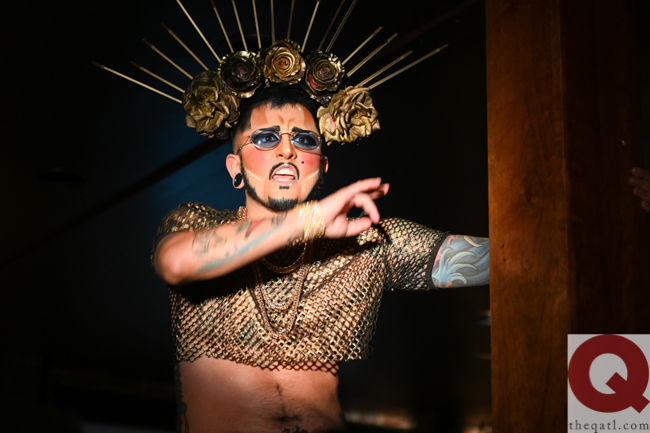 In a first for the House of Alxndr and possibly all of Atlanta, it was kings only for the Manhole drag show on Friday in the Edgewood entertainment district.

Also in the Q Shots gallery below, King Perka $exxx, Mystery Meat and TJ Maxx took the stage as well during the show. The kingly cast is well known to Atlanta fans – Some are still based here, some returned to the city where they sewed their drag seeds.

Next up for the House of Alxndr is the Amen! Drag Show at Sister Louisa’s on Nov. 18. They also host the weekly Switch! queer dance party and show every Sunday night at My Sister’s Room.