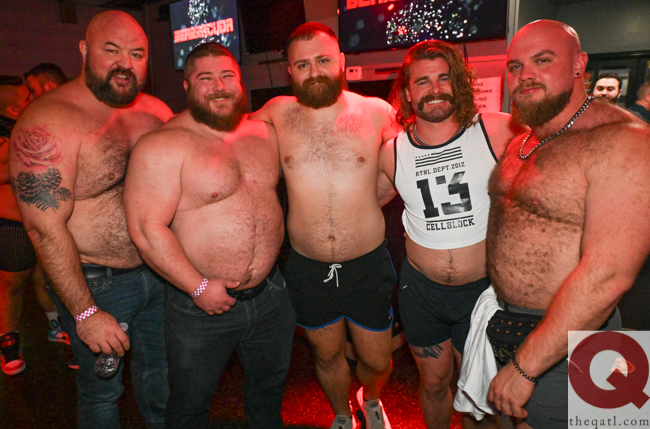 One event series started as a shout out to gay bears in Atlanta grew into a cacophony over the last dozen years.  If the Heretic’s party for the Bearracuda 12-year anniversary showed anything on Saturday, there are many more years to come.

Bearracuda as a brand hit a few Atlanta gay bars in 2009 before settling into a lucrative and loyal relationship with the Heretic. The working partnership between Bearracuda’s Matt Mikesell and Heretic’s Alan Collins also bore bear-y big fruit in the annals of local LGBTQ celebrations.

Fresh off the success of Bear Pride in September (moved from April after pandemic-mania in 2020 and 2021), the anniversary party on Saturday felt almost like a victory lap. Still, Collins and Mikesell are not ones to pull any punches.

Australian-British DJ Paul Goodyear flew his 35 years of experience into town for the festivities, and our photo gallery below shows the results.

The legend at Heretic continues this week. Look for a Thanksgiving Eve dance with DJ Ivan on Wednesday, Queen Butch’s Back Room party with DJ Michael Magnan on Friday, and a Blackout Party with DJ Stan Jackson on Saturday.