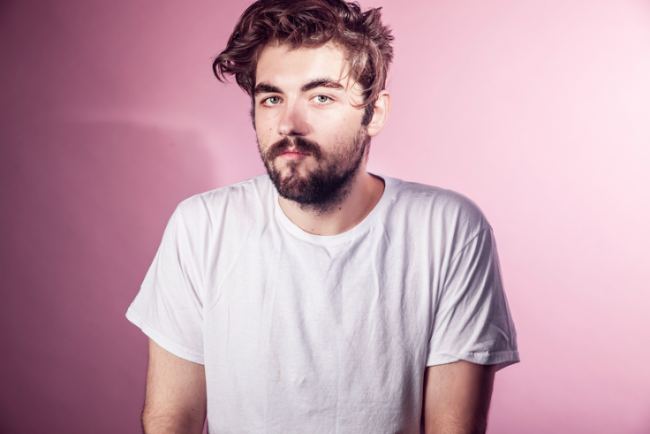 Atlanta artist, publisher and event promoter Jon Dean lets Q magazine in on his work, his friends, and the local queer conversations that inspired his Wussy brand of events and publications.

“Queer. Southern. Trash.” Those are the three words Atlantan Jon Dean uses to describe Wussy, his brand that incorporates regular alternaqueer events, a slick quarterly magazine, and a loyal following of queers for social justice, art, and a big Fuck You to the systems that keep queers down.

The 28-year-old is a photographer by passion and trade, bringing portraits to vivid life with a keen and clean eye toward what he calls “absurd, filthy” subject matter. His subjects include local drag queens and other performance artists, and a slew of genderfuckers and art fags.

In Atlanta just five years, the Columbus, Ga., native made an indelible mark in local queer culture. Dean and his legion of Wussies are among the most vibrant threads in the fabric of LGBTQ Atlanta, so Q caught up with him to find out where he gets his inspiration and what keeps him going.

What motivates you, and where do your deepest passions for your art lie?

I've always been inspired by cinema and storytelling. I really excelled at Cinema Studies during my program at SCAD and found that those ideas were translating to my photo work…. I'm really only interested in telling stories through portraiture and connecting to my subjects through the camera lens.

What were the first photos you took that made you think, ‘I could do this forever?’

Some early gender-bending photos I took in high school stand out the most in my memory. My friends and I would go outside and take photos, honestly because there was nothing else to do in Columbus. We would just buy cheap wigs and clothes at thrift stores, play dress up, and break into abandoned buildings.

Who are your heroes and greatest inspirations?

John Waters is my biggest inspiration. He has such a strong vision that has translated to his career not only as a filmmaker, but in his writing and visual art.

I am fascinated by the absurd, the filthy “freaks” of society, and anyone that can make a career out of doing something so authentically different. I was a very uptight kid raised in a Christian household, so that spirit of not-giving-a-fuck was something completely fascinating to me.

What is something about you that people are always surprised to find out?

I ran an award-winning Buffy the Vampire Slayer fan website when I was in middle school. I wrote fan fiction, built other fan websites, and had a really popular newsletter. I guess you could say it was the predecessor to WUSSY.

So for the uninitiated, what is Wussy?

If you search for “wussy” on Twitter, you'll mostly see it used by grown ass conservative dudes trying to insult liberals. The name “Wussy” was suggested by my friend and local DJ, King Atlas. It perfectly encapsulated the sort of inclusive, punk, queer vibe we were going for. The name “Snowflake Mag” just didn't have the same ring to it.

How did Wussy start, and how has it grown?

Wussy came from talks with friends about creating an outlet to share ideas and amplify voices of southern, queer artists. Whether that be through our online presence, printed zines, art shows, or nightlife events. The Southeast, and Atlanta specifically, are often overlooked when it comes to our rich and diverse arts scene.

What do you see as Wussy’s role in the community?

It's always been important to us to take an honest look at the issues our communities are facing, while at the same time being a positive voice and resource for change in the city. I've been afforded a lot of opportunities that other queers don't have access to, so I hope to share that platform with as many folks as possible.

The response so far has been completely unexpected, whether it's folks thanking us for something we wrote or just completely tearing us a new asshole. I welcome the attention!

Your screenings of iconic camp classics – The Craft, Mean Girls, Priscilla, Clueless – at the Plaza have been wildly successful. What is it about these films?

These are some of my most favorite events at Wussy. The crowd is so all over the place. We'll have older straight couples, moms with their kids, and queers of all different ages in attendance.

With this series, we just try to choose films that resonate with us and have some kind of cult following. Something that allows folks to dress up and interact with the film. December 13 is Death Becomes her. Stay tuned for our January pick!

From one-offs to signature events like Hogtied, Wussy Prom, Powder Room and Femme, what makes a party 'Wussy'?

Whether it's a drag show, poetry reading or fetish party, we like to play with the idea of what's expected and unexpected. To me, community is whatever the fuck you make of it. Atlanta is made up of many diverse pockets of LGBTQ+ communities; I just hope that Wussy always remains an inviting and inclusive space for all people.

We can have burlesque shows or fetish parties that are welcoming to trans people, straight folx, people of all shapes and sizes. I realize that's not what everyone wants, but it's something we will continue to push for.

What’s next for you, and where do you see Wussy headed?

I'm working on a new personal photography project that I hope to premiere by the end of next year. I'm envisioning it as a book and gallery show.

We've got so many awesome new contributors from all over the Southeast and are gearing up to release our next print issue, “The Sex Issue,” in January at the Atlanta Contemporary.

We are always packing the schedule with Wussy events, so please come out and see us!

Self portrait courtesy Jon Dean. Visit Wussy and follow them on Facebook, Twitter and Instagram. A version of this article originally appeared in Q magazine. Read it below, and pick it up wherever you find queer media in Atlanta.