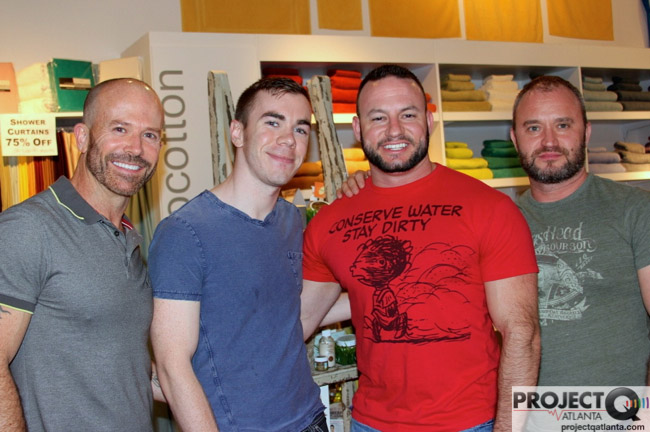 Our fourth and final look at gay Atlanta photographer Philip Bonneau’s “Heroes + Villains” series is on the walls at Suite Spot. On Friday, Bonneau hosted an opening reception for his last installment of classic kids characters re-imagined with a queer eye.

The comic theme of “Heroes” has touched people across the country, making Bonneau a gay Atlanta favorite. Artistically, he moves on from the series from here – and forces fans to do the same – after being nationally heralded, locally adored and continually ballyhooed. It didn’t hurt anyone’s feelings either that he was willing to strip down to make his heroic dreams a reality.

This time, the show benefits Lost N Found Youth, which helps get homeless LGBT Atlanta young people off the streets. On Friday, 15 of the 40 framed portraits were sold, and “a couple thousand dollars so far” was earmarked for Lost N Found, according to Bonneau. The show runs through October to raise even more money. And yes, that's Atlanta's own straight-friendly gay “Real World” and “Road Rules” alum Danny Roberts in the photos.