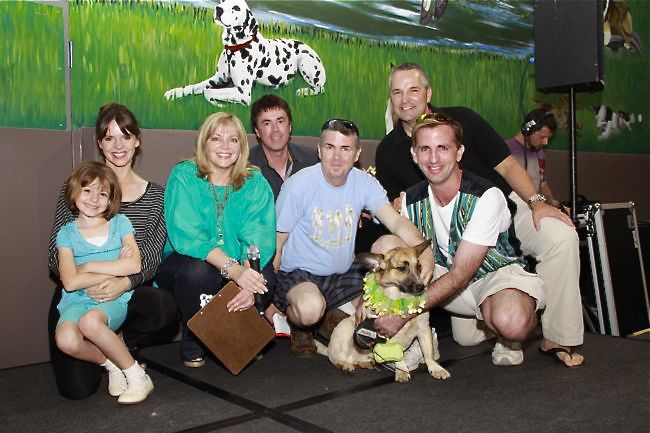 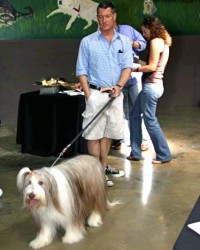 Plenty of pups and people too were on hand on Sunday for this year’s PALS Pet Cotillion at Piedmont Bark. Unlike the dog-eat-dog competition at most gay pageants, this one was fun for all the guests, including the four-legged ones.

Pets Are Loving Support, the gay-beloved organization that helps critically ill people keep and care for their pets, hosted its annual canine fundraiser to let the pups showoff and sniff each other while the humans enjoyed the antics.

Ultimately, everyone was really there to see which pet would win an online photo contest and the title of PALS 2011 spokespet. For $1 to the cause, supporters could vote as many times as they liked for their favorite.

Top Dog honors went to Noodle (top photo), who enjoyed the extra attention not only from his owners, but also Piedmont Bark’s William Campbell (back row, right) and PALS honchos like Kevin Bryant (back row center).