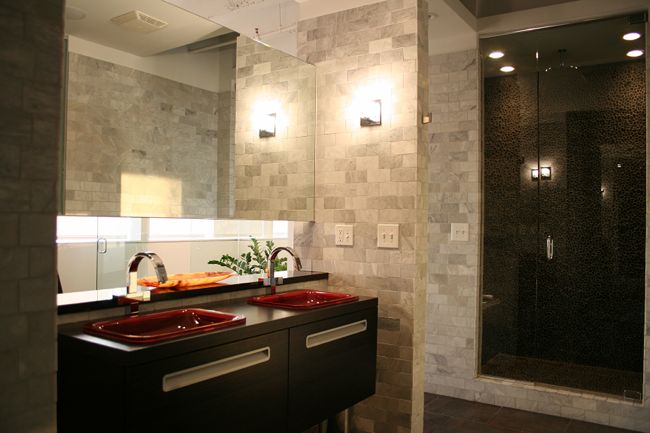 The homes of gay Atlantans are frequently featured in local and national media. Some go butch, some go simple, and some are shower size queens.

Pollan and Hernandez chose to go the “open” road with their place. Bedrooms and private spaces are separated from public areas by drapery and glass walls to enlarge the space. Mechanical and electrical elements are hidden away, creating the illusion of higher ceilings.

This is the second time the couple's condo has been in the tour of homes, and it's also been featured on HGTV's “Bang For Your Buck.” Pollan, owner of an elder and special needs law firm, and Hernandez, a jewelry and women's handbag designer, bought two side-by-side units in 2007 and had an architect combine them into one. But the couple is quick to point out they handled the interiors themselves.

“We chose the tile, the fixtures, the vanities, everything you see in the home was decided by us,” Hernandez says.

They have traveled the world extensively and incorporate aspects of those travels into their interior design choices—hence the African theme you'll notice in the photo gallery below. “We always wanted to have a piece of whatever part of the world we were in inside our home,” Hernandez says.

He admits it's a little nerve wracking having strangers roaming through their home, so they are usually MIA during the tour. But Hernandez says the condo is all set for the big event.