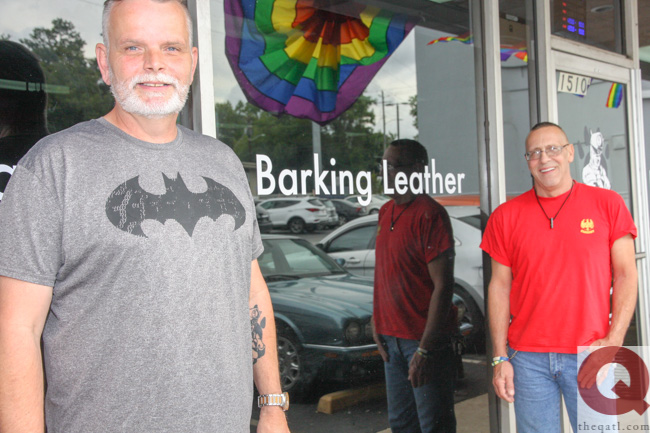 Barking Leather moved its popular wares to a new location in the heart of the gayborhood, giving the business a huge boost in foot traffic, according to owner Ray Stewart.

“I think that where I was was a little hidden,” Stewart (photo left, with husband and co-owner Tory Sarratore) told Project Q Atlanta. “I was getting two or three people coming in a week who said they didn’t know we existed.”

Barking Leather’s last day at the old spot was Sept. 28 and it opened in the new one just two days later. It was all thanks to the city’s loyal leather community.

“The community literally showed up and showed out,” Stewart said. “When I pulled up [to move from Chantilly Drive] there were 60 people in the parking lot to help me move.”

“I stressed that I had to be open the next day. I couldn’t afford to be closed. It was amazing,” he added.

Stewart also wanted to be open for Atlanta Pride weekend to take advantage of the heavy foot traffic.

“This gives me the exposure,” he said. “All the people coming through here now know that there’s a leather shop here.”

The new space is smaller than the Chantilly Drive one, but Stewart preferred the more open layout at Ansley Square.

“I feel like the customers are better taken care of,” he said. “Now I have it all in bird’s eye view.”

Barking Leather's neighbors at Oscar's, Brushstrokes and Midtown Moon have welcomed Stewart, Sarratore and their team to the new location.

“As LGBTQ business owners, we have to stick together,” Stewart said. “It’s great to be in a space where everybody works together instead of against.”

Barking Leather opened its Chantilly Drive store in 2014. Stewart opened a second shop inside the Atlanta Eagle the following year, where it still remains. 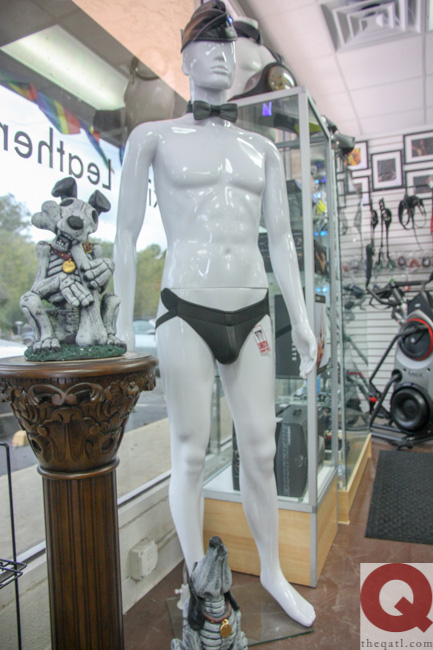 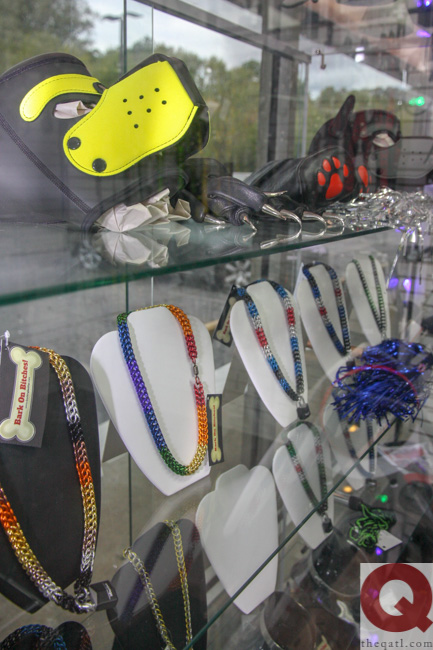 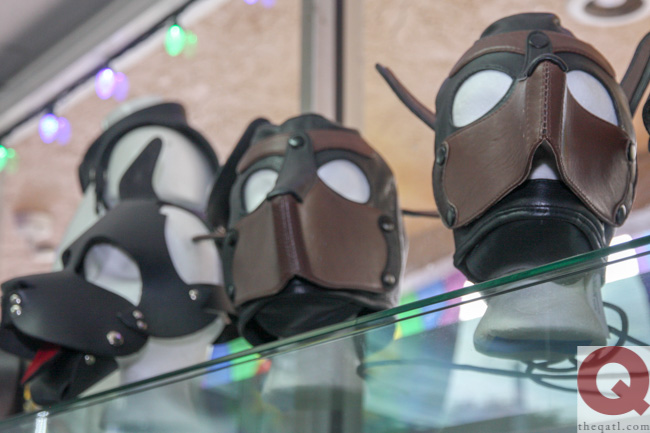 The majority of the leather products are made in-house. The harnesses are Barking Leather's biggest sellers, according to Stewart. 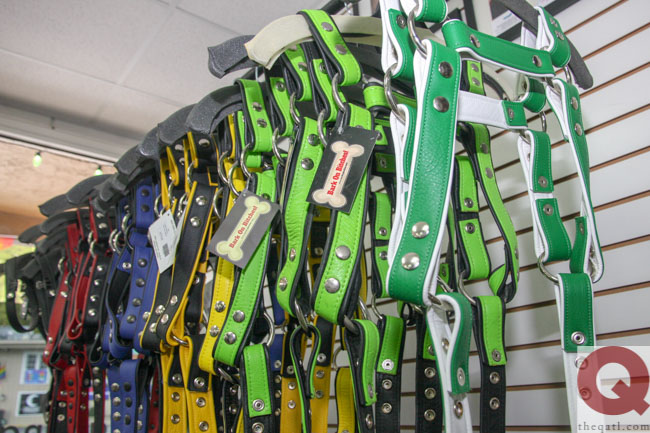 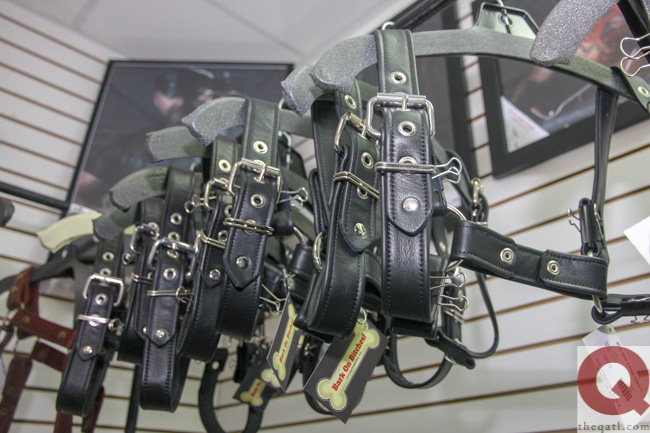 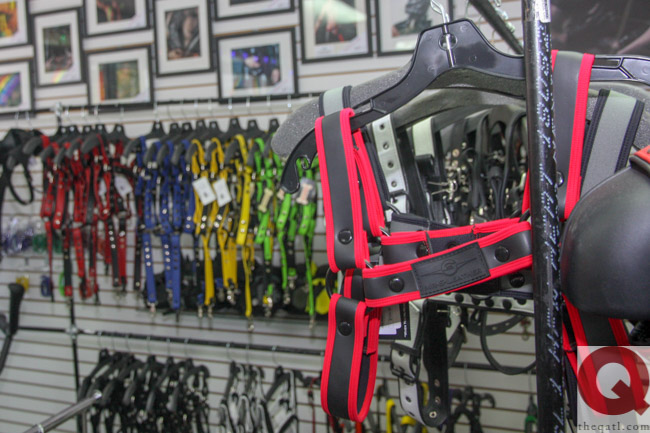 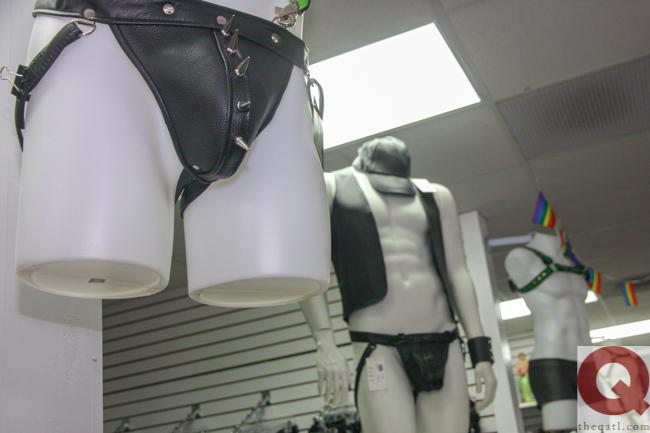 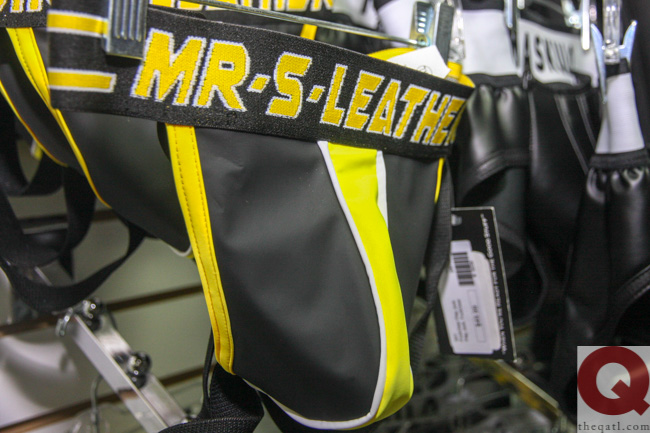 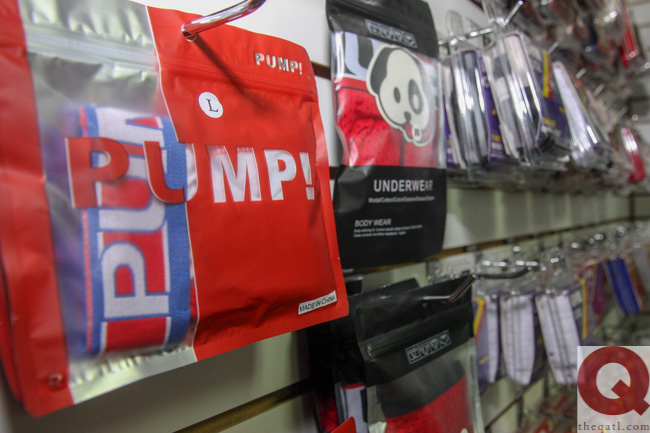 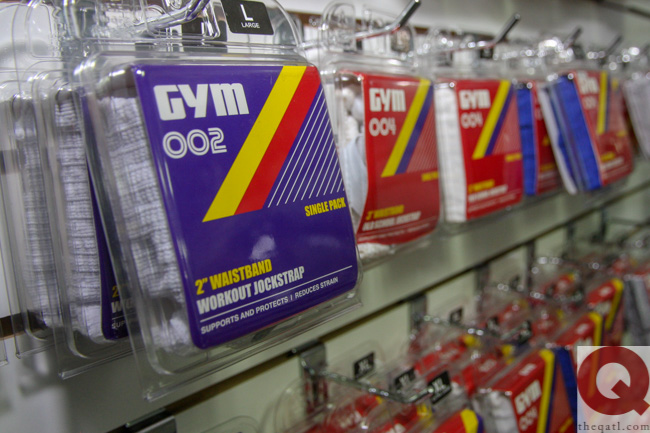 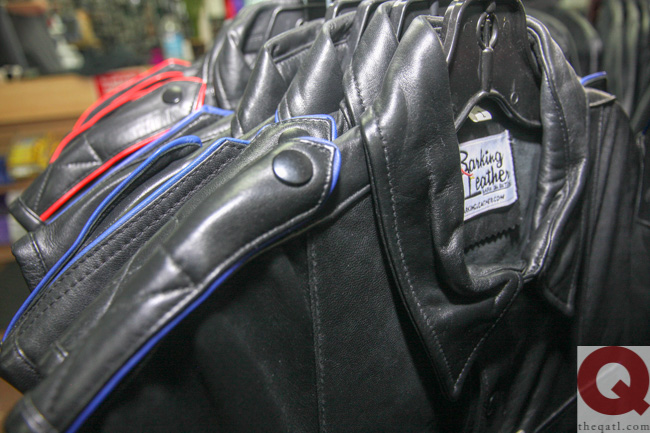 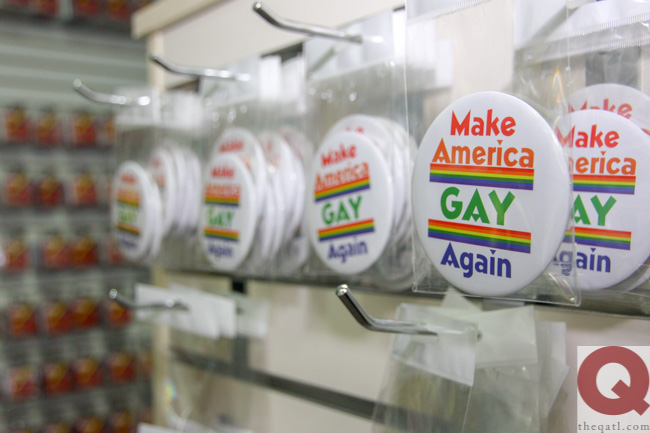 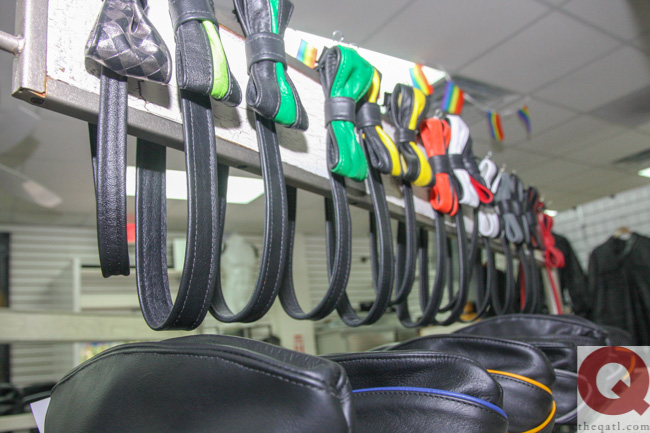 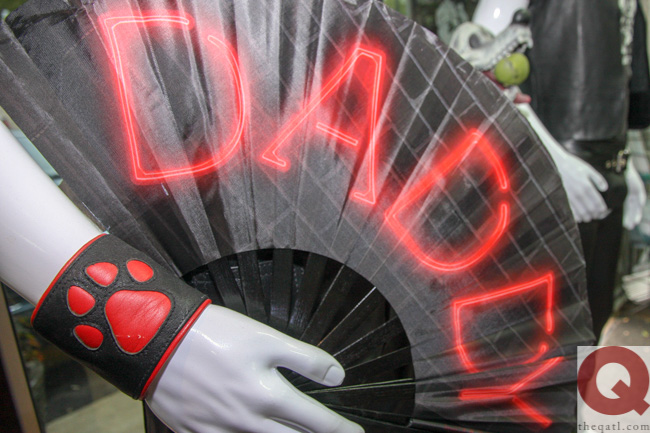 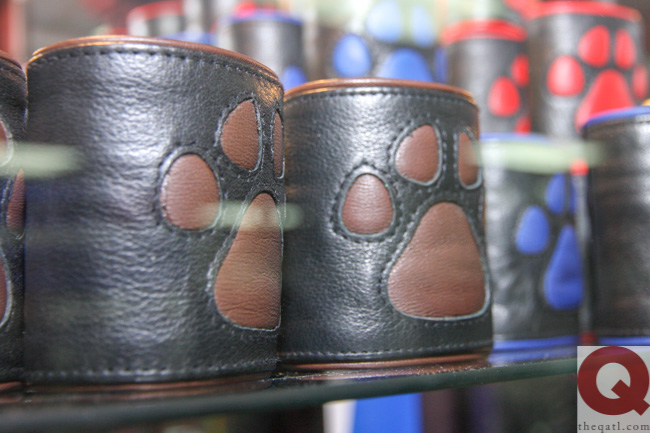 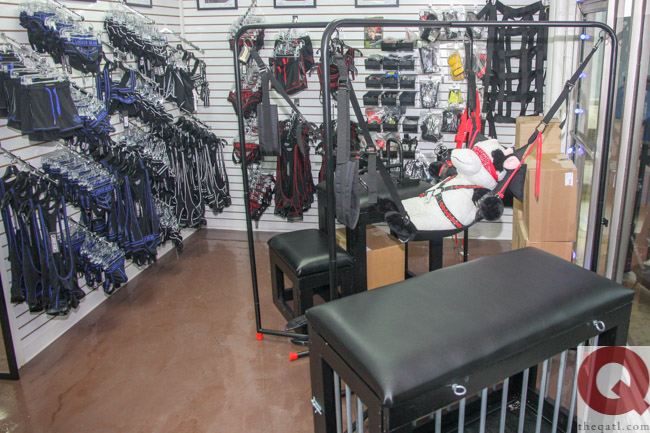 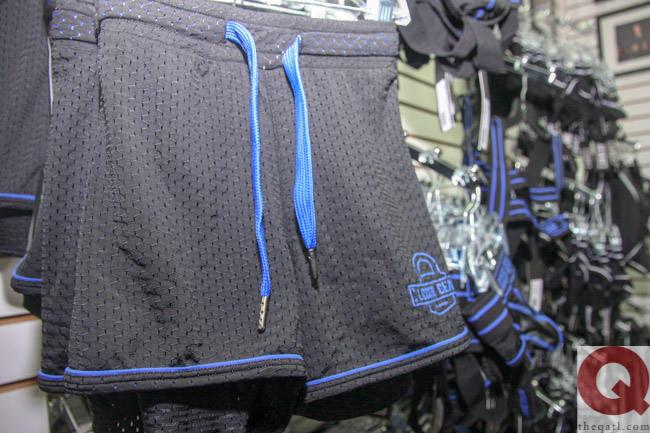 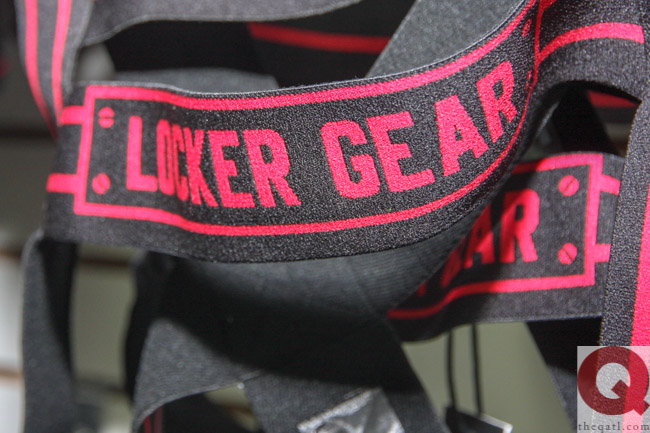 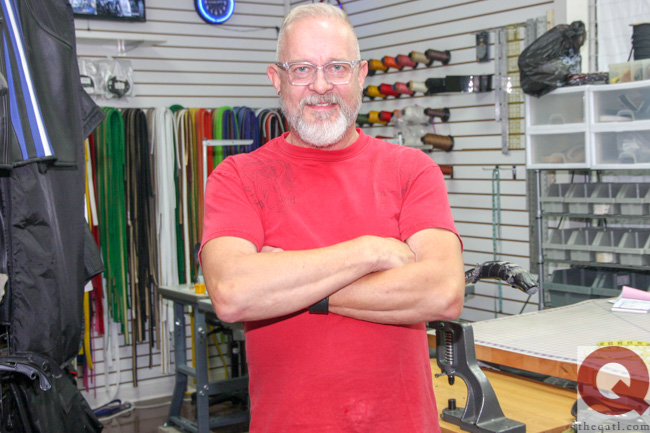 “The leather floggers we make, the paddles we make, any of the restraints we make. The vests we make,” Stewart said. 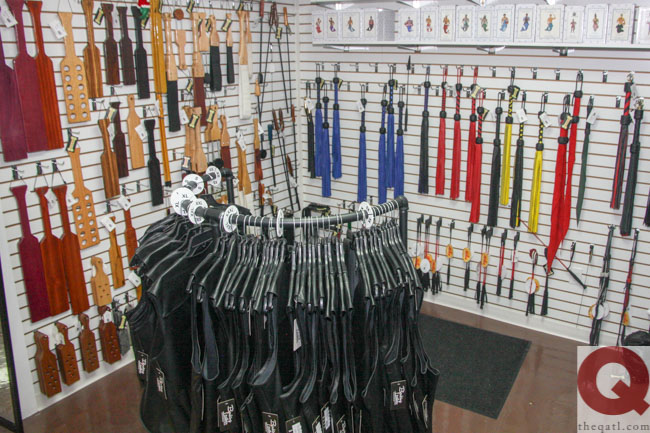 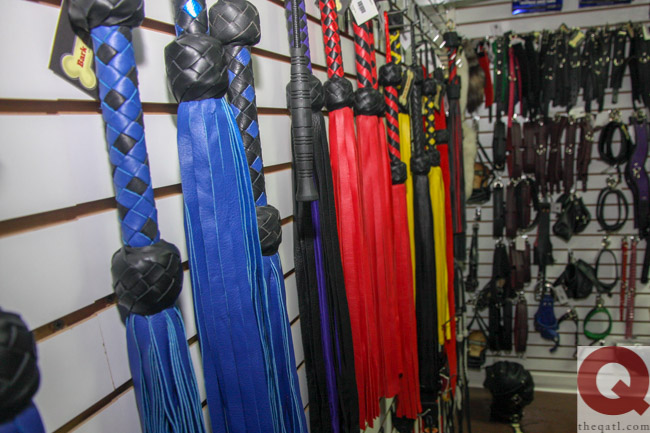 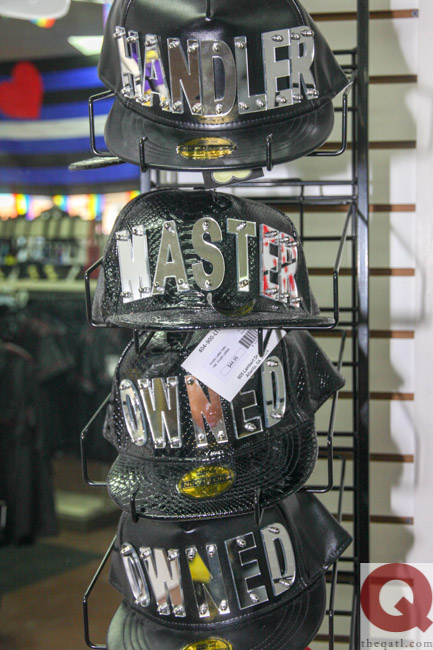 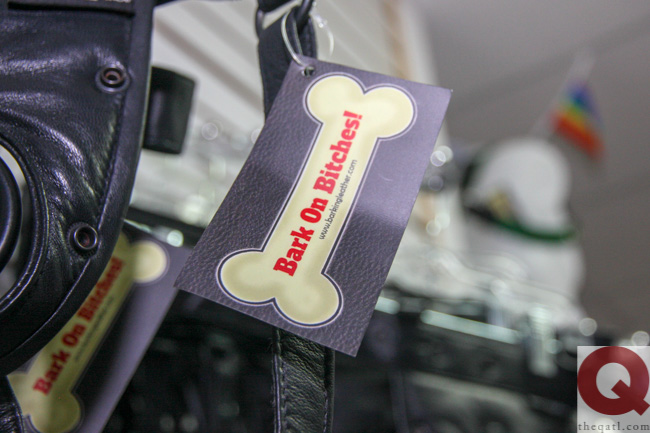