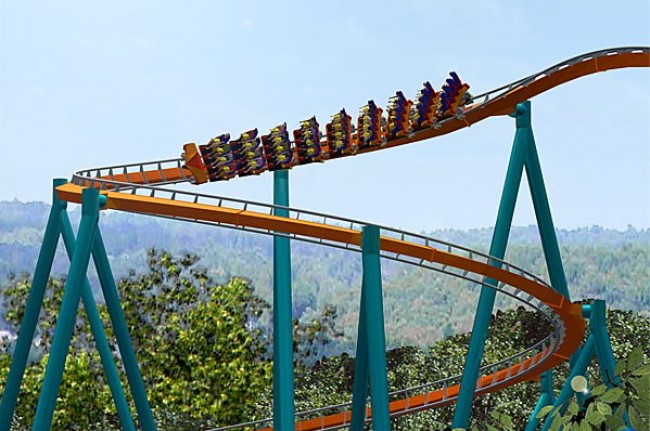 Just as gay Atlanta takes a breath from the multi-day Black Gay Pride, the Pearl Day boys start partying tonight for yet another extended weekend that revitalizes the previously floundering Six Flags event.

Pearl Day, a formerly laid-back annual effort aimed at packing the amusement park near Interstate 20 in Cobb County with LGBT people, took a year off in 2008, but is already in swing with a completely revitalized return this year. Besides the gay take-over at the park Sept. 11, there are parties, DJs, brunches and gatherings today through Sunday.

“This year Pearl Day has undergone a complete reinvention, and we feel it has come a long way from its past,” says Chip O’Kelley, vice president of Atlanta Pearl Day.

Atlanta Pride is a beneficiary for the event this year, with the group set to receive at least $5,000. The donation could reach $15,000 if attendance surpasses 15,000 people.

Pearl Day kicks off a weekend of events with a kick-off party tonight and another party Thursday.

Pearl Day itself on Friday starts at Blake’s, continues on to Six Flags, and ends with an after-party at Jungle with DJ Kidd Madonny.

At Six Flags, the Crystal Pistol becomes Club Pearl, a nightclub that with music by DJ Bill Berdeaux. DJ Rob Reum will greet guests to the park, which will be closed to the public during the event, with remixes of popular favorites.

The fun doesn’t stop there. Pearl Day hosts a brunch on Saturday, followed by the Afternoon “Cox”tails meet and greet with DJ Chris Cox (photo right), yet another club party with Cox spinning at Jungle.

On Sunday, Pearl Day wraps it up with a T-Dance set by DJ Alyson Calagna at Opera.

It’s not too late to get in the action. Visit Pearl Day for even more details.