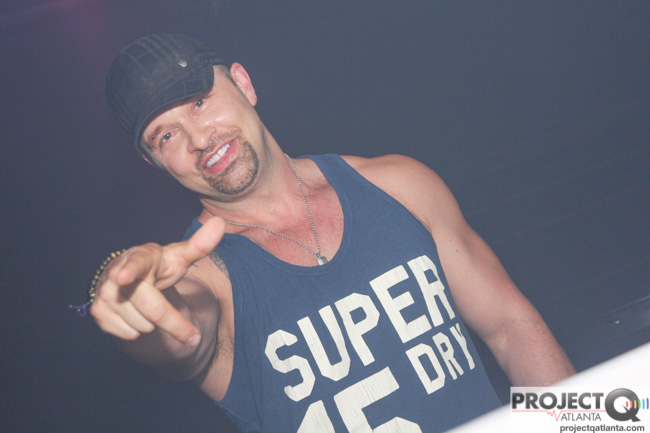 But the fun never slowed throughout the night as Paulo somehow managed to squeeze his nearly 5-hour perfect playlist into a 3-hour gig at Jungle. It's the second year he's headlined Peach Party, the weekend stretch of parties from GA Boy Productions. Phoenix and a phalanx of dancers wowed the crowd with a performance as go-go boys worked the boxes for some added eye candy.

What keeps Paulo coming back to Atlanta? You.

“Atlanta boys (and girls) know how to get down and have fun,” Paulo told us last year. “Atlanta—unless its afterhours – tends to like my signature Paulo-lite sound. That’s a very energetic tribal set infused with plenty of current favorite vocal tracks. The difference is I bring those same favorite vocals but in mixes that people can’t readily get on their own.”