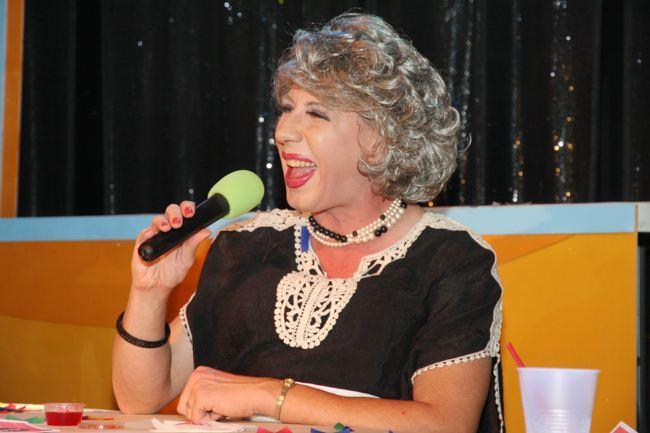 Buttery bacon wrapped Georgia relic Paula Deen wants you to know that while she's now unemployed, she loves the gays. Even black ones. So please continue using her as your drag queen inspiration.

The Albany-born, Savannah-living cooking and TV icon stumbled into unemployment last week when a court deposition surfaced in which she admitted to using racial slurs. Worse, former employees said that her inappropriate language only hints at her mistreatment of black employees at her restaurants.

So Deen, once the smiling if tart grandmotherly face of Food Network, went into damage control mode with not one, not two but three video attempts at apologizing. It didn't go well.

It's in attempt No. 2 that Deen tries to explain that although she may talk shit -- "I can't, myself, determine what offends another person" -- that she loves everyone, even you and your "sexual preference." Cringe. (About 55 seconds into the video below.)

"Your color of your skin, your religion, your sexual preference does not matter...to me, but it's what in the heart...what's in the heart...and...my family and I try to live by that."

At least one gay Atlanta chef isn't having it. Chick-fil-A waffler Virginia Willis, who can cook a mean set of lamb balls, found Deen's apology lacking.

“I believe in the expression ‘to whom much is given, much is required’ and it seems that she didn’t embrace that responsibility,” Willis said. “I am sure she didn’t mean to be hurtful, but it was. Saying ‘I’m sorry’ isn’t a free pass without consequences.”

Drag queens, have at Deen and her expansive makeup kit. Bless her heart.

UPDATE: Portions of Virginia Willis' statement above were not published by the Atlanta Journal-Constitution. She provided the full statement to Project Q: "Hurtful, hateful language has no place in any situation, much less in a work environment. Out of context or not, the truth is that it's really never okay regardless of the situation. The South doesn't have a monopoly on rednecks or racism, but we do have a long sad history to overcome. I believe in the expression 'to whom much is given, much is required' and it seems that she didn't embrace that responsibility. I am sure she didn't mean to be hurtful, but it was. Saying 'I'm sorry' isn't a free pass without consequences."