Paula Deen wants a pass thanks to gay marriage 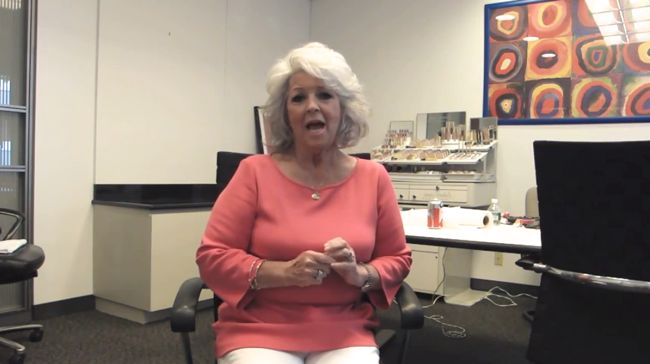 As Deen scrambled into crisis mode last month, she made sure to let the gays know that she loves you and your "sexual preference." Now, with the Supreme Court rejecting an appeal of California's Prop 8 marriage ban in Hollingsworth v. Perry, Deen says a lawsuit against her should also be dismissed. That lawsuit, in which Deen says in a deposition she used racial slurs, sparked a media firestorm and led to the end of Deen's lucrative TV shows and sponsors.

The woman alleging that she was subjected to a hostile work environment while working as an assistant manager at Deen's restaurants is white and therefore doesn't have the "standing," or legal right, to claim racial discrimination, according to a motion filed Monday by Deen's lawyer.

"Writing for the majority, Chief Justice Roberts made this observation: Article III of the Constitution confines the judicial power of federal courts to deciding actual 'Cases' or 'Controversies,'" the motion said. "One essential aspect of this requirement is that any person invoking the power of a federal court must demonstrate standing to do so. This requires the litigant to prove that he has suffered a concrete and particularized injury that is fairly traceable to the challenged conduct, and is likely to be redressed by a favorable judicial decision."

Lisa Jackson, the plaintiff in the suit against Deen is white, has no standing because she couldn't have suffered "a personal and tangible harm" from hearing the "N-word" on the job, Franklin's motion says.