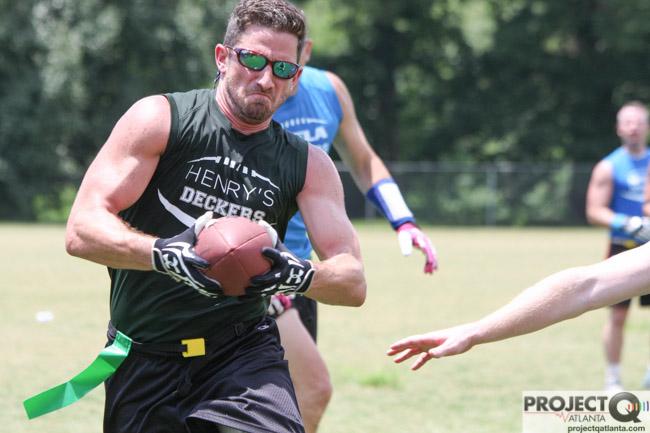 Atlanta Pride is on the move, both in location and time, thanks to new restrictions from the city concerning the use of its drought-weary parks. Organizers confirmed this week that the event is moving to the Civic Center during July 4th weekend, according to Southern Voice.

The impact of the move, and the new restrictions on the city’s parks, is explored in my weekly sports column for the paper. A golf tournament that benefits the Atlanta Feminist Women’s Chorus may be held earlier in June, while organizers of the annual 5K run and walk, traditionally held on Pride Saturday, are taking a wait and see approach. A change in the timing of Pride might also impact the decision to hold the second rendition of a rugby tournament put on hiatus this year. Read the full story.

Gay sports groups that use the park – the National Flag Football League of Atlanta (NFFLA), Hotlanta Soccer Association (HSA) and Hotlanta Softball League (HSL) – could face problems if organized sports are banned from athletic fields in the parks. That’s a possibility, according to Dianne Harnell Cohen, the city’s parks commissioner. The city has already banned cleats from the parks and further restrictions could mean teams are forced to rotate fields and parks.

“We are watching that very carefully,” Harnell Cohen said at a Jan. 11 press conference announcing the new park restrictions. “We are not at that point yet because we are not in season now.”

Gene Murphy, president of HSA, says the gay soccer club is working with parks officials on plans for its annual Hotlanta Soccer Classic held Memorial Day Weekend. The event played in Piedmont Park last year, but could return to athletic fields at Georgia Tech where the tournament has been held in the past.

“Our first choice is Piedmont Park,” Murphy says. “We really like the Midtown location and the support from nearby bars, restaurants and hotels. We are trying to host everything in Midtown so when people come into the city, they enjoy their experience in Midtown.”

The football league, which opens its season in March, faces the biggest hit if the city puts in place additional restrictions on athletic events in its parks. The league enjoys the high-profile location of hosting its games at Piedmont and has enjoyed a boost in interest since moving from Central Park, according to Thurman Williams, NFFLA’s president.

“I’m not sure what we’ll do,” Williams says. “We’re optimistic. I am believing things will work and we will be able to play. We are counting on it because we’re looking to have a bigger and better season.”

HSL moved its Fall Ball, a brief co-ed season, to Piedmont last year and a handful of teams practice at the park during the spring season, which opens in April. Emerson Ross, the league’s commissioner, says additional restrictions on Piedmont would have a measured impact on HSL, but that its upcoming season would go on as usual at a softball complex in south Fulton County.

“Fall Ball brought the spirit of the league to Piedmont Park and the Midtown area,” Ross says.