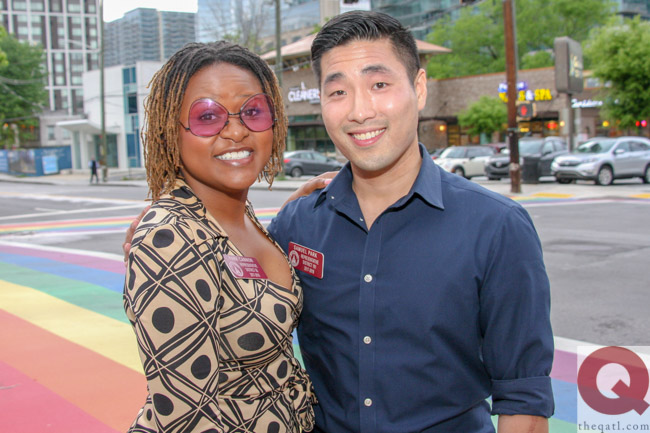 The event at Blake's called attention to their campaigns and that the incumbent lawmakers face challengers hoping to unseat them. Cannon faces Bonnie Clark in the Democratic primary on Mary 22. Park is being challenged by Republican Valerie Clark in November. Park scored an upset win against Clark – then the incumbent – two years ago and won by little more than 400 votes.

Cannon and Park are half of the four LGBTQ lawmakers in the Georgia House. Reps. Karla Drenner and Renitta Shannon are running unopposed in their re-election bids.

The fundraiser came the same day that Victory Fund – a national LGBTQ organization that supports LGBTQ candidates – upgraded its support for Cannon and spotlighted her race and three others across the country. Victory Fund has endorsed Cannon and Park, and toasted them during its annual brunch in Atlanta last month. Shannon and gay former Atlanta City Council member Alex Wan hosted the Tuesday fundraiser.