Fear and loathing at your queer therapist’s office 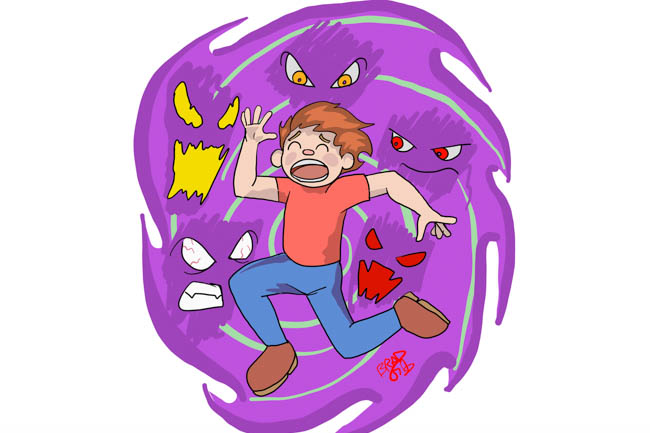 Whether your ex hooked up with your therapist or your new friends actually hate you, you’re asking the wrong questions. Here’s the heart of what should really worry you.

I’m seeing a new psychotherapist to help with a general anxiety. I fear the worst in most situations for no reason. Still, I’m right about those fears often enough that I can’t tell the difference between my good instincts and my bad paranoia.

Like that I suspect my significant other of sleeping with this new therapist.

Before you write me off, let me explain. The therapist recognized me from somewhere and asked about my significant other. When I confirmed, the therapist smiled wryly and began talking about how they used to counsel my partner and helped them through some tough situations.

When I asked about it at home, my partner said nothing ever happened but that the therapy stopped because their talks became “unprofessional and too informal.”

I can’t shake a nagging feeling that they hooked up, and if so, I want a new therapist. How can I be sure?

You need a new therapist, but because of their unprofessionalism not your jealousy. A new counselor is in order because the one you have talks openly about past clients with new ones.

If you can’t let it go, you can communicate with your partner about it as long as you keep it productive, fair and reasonable in both tone and content.

Focus not on your suspicions but your feelings. It’s not to find out “the truth” of their relationship but to learn more about yours.

Put the therapist’s behavior on the table and explain that it would help ease your fears to define “too informal.” Explain that the therapist freaked you out and you want to understand. Say that the brief explanation you heard so far leaves open questions.

You will never know definitively what happened between them because you weren’t there, but why torture yourself? Rather than paranoia, you may have garden variety trust issues, and that’s where you can start when you find a new, better counselor.

I’m new to Atlanta and have fallen into a group of friends who have known each other for years. A couple of them are really welcoming, and I like them a lot. The rest hate me, and I can’t figure out why.

I’ve decided that they’re probably jealous of the careers and interests that the others and I share in common, but the harder I try to make nice, the worse it seems to get.

They actively ignore me, and when I chime in, they stare blankly like I farted and they’re waiting for an apology. I’m beginning to dislike them as much as they dislike me. What should I do?

You can either put in the time that they’ve put into their group, and over the years you’ll eventually find some footing, or you can focus on the members of the group you like and develop those relationships.

You already offered one key to the solution: The harder you try, the worse it gets. People sense desperation like sharks, so don’t chum the waters. You admit that you don’t have anything in common, so if the feeling is mutual, leave it alone. Be pleasant and move on.

If you’re intent on pressing it because you genuinely want to become friends with this half of the group, inquire with one of the people you do like about any underlying issues, and try to address them. If there is no concrete problem, be prepared to drop the issue. Not everyone in life is going to like everyone else, and that’s OK.

Find each new edition of QATLus at LGBTQ and allied venues around Atlanta. Message us on the socials, or write [email protected].