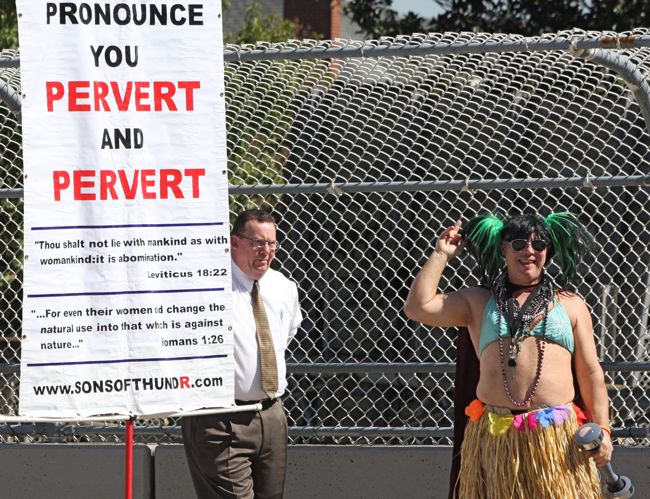 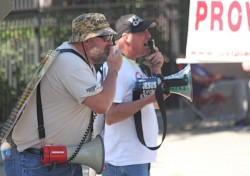 It’s just not a Pride parade without protesters. So there they were on Sunday, holding their cleverly crafted signs and being not so subtle by chanting with the aid of bull horns at a few spots along the route.

Participants in the parade and people lining the sidewalk paid them little notice. But in one of our more memorable moments from the parade, one gay dressed in drag made a silent statement to a sign-toting naysayer near the start of the parade on Peachtree Street near the Downtown Connector overpass. It’s one of those silent counter-demonstrations made with a middle finger (top photo).

Where the parade met its largest crowds – the intersection of Peachtree and 10th streets – a few protesters tried to shout over the crowd of thousands and damn participants to hell. But really, if Pride Sunday in Midtown is hell, we’re ready to take our front row seat.