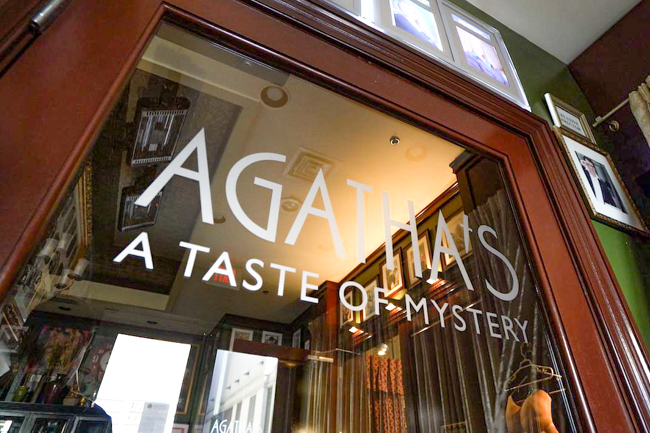 Good food, laughs, a fun mystery, and a room full of strangers that become friends. That’s how you create an iconic Atlanta venue, and it’s what the city stands to lose as Agatha’s A Taste of Mystery teeters on the precipice of permanent closure.

Agatha’s started making memories back in 1988 with regular guests including Hollywood celebrities and local luminaries. The LGBTQ-owned dinner theater features interactive mysteries that play out while patrons enjoy the menu.

The professional actors encourage diners to engage with the original scripts, so a camaraderie builds in the room as the night unfolds.

“Entering as strangers, leaving as friends is part of the magic of Agatha’s,” co-owner Ricky Warren said. “We have a lot of great patrons and a great staff who have been very supportive.”

Warren and business partner Cat Angerami both identify as LGBTQ. They bought out their other partners in 1997, and their spirit of community and creating friendships extends to Agatha’s kitchen and floor staff, said Tarik Berbey, who tarted waiting tables there in 2005.

“Going to Agatha’s has never felt like work,” Berbey told Project Q. “It feels more like going to a magical dinner party every night.”

The out-and-proud artist, grocery worker and waiter immigrated from Panama, and the owners made him feel at home.

“Agatha’s was my first work family, but they grew into so much more,” he said. “I don’t have any family in the USA, and Agatha’s took me in and has been there for me during both good times and bad times. I can’t imagine my life without Agatha’s.” 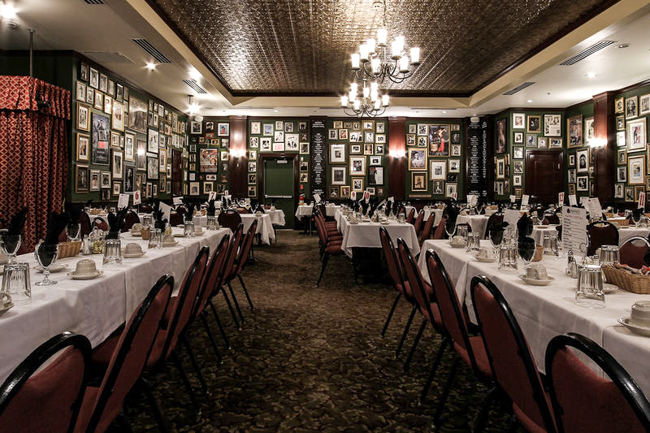 Berbey’s fear of life without Agatha’s is exactly what’s at stake in the era of coronavirus. After decades of bobbing, weaving and adapting in an ever-changing business market, aftershocks of quarantine continue pummeling the venue like no other challenge they’ve faced, Warren said.

“It’s hard to put the magnitude of what the pandemic and lockdown has taken from us into words,” Warren mused. “It breaks my heart. Some of our staff had been with us for years and years. I have almost 30 years invested in Agatha’s — all taken away in less than a week in March.”

Agatha’s remains closed. The very thing that makes the place so special — the face-to-face nature of its shows — is the reason they can’t open to customers. Federal payroll relief funds are long gone, and an attempt at food takeout wasn’t sustainable.

“The fixed cost without rent is almost $5,000 a month,” Warren said. “We are just about at the end of being able to float that boat.”

The trouble is enough that Warren’s co-owner Angerami plans to retire. Loyal staff put together a Keep the Mystery Alive crowdfunding campaign (watch below). It raised a little over $9,000 since July.

“Agatha’s is not just a dinner theater,” Berbey said. “It is a light for the Atlanta arts and culture community, and from our small LGBT family, we say thank you for the love and support we need more than ever now. Agatha’s has some type of magic about it, and I think we all could use some of that magic now.” 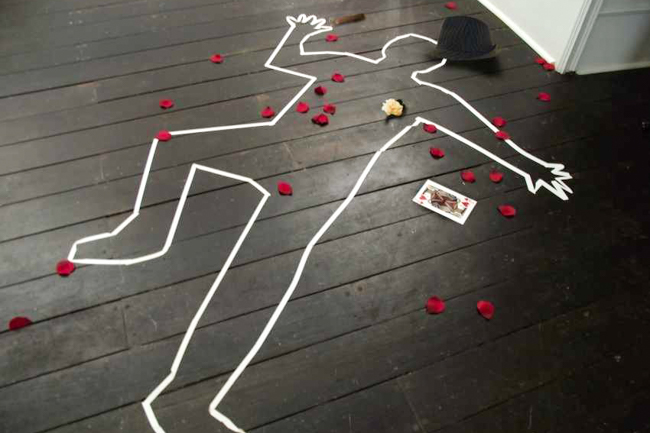 Warren has some tricks up his sleeve for a new era at Agatha’s when they are able to safely reopen — however long that takes.

“The ‘new normal’ will be totally new as we have to re-work our entire format,” he said. “Nothing from our former being is useable… We will, however, not reopen until we can do it safely.”

Berbey took a job at Costco to make ends meet, as his art festival sales went out the window with COVID-19 as well as Agatha’s. But he said that when the day comes, he’ll jump to get back to work there.

“It’s a one-of-a-kind experience, a hidden treasure in Atlanta’s downtown,” the waiter said. “My favorite thing about Agatha’s is seeing people laughing, having an awesome time and the special connections that develop with both guests and the Agatha family.”

The proprietor doesn’t know for sure how to pay the bills and keep everyone safe yet, but he isn’t ready to give up that Agatha’s magic.

“We just have to have faith that somehow we will get passed this and prosper as we once did,” Warren said. “What can be done will, and what can’t only time will tell.”

“We’ll give our best as we have throughout our 30 years,” he added. “That’s what got us this far, and it’s what will get us passed these troubling times.”

Like Berbey, Warren credits the generosity of longtime customers and the loyalty of Atlanta’s LGBTQ community for his own drive to continue.

“Your support means more than you’ll ever know,” he said. “We’re better together, of this I’m certain.”