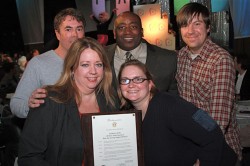 With a resolution from the Atlanta City Council in hand, Pets Are Loving Support celebrated 20 years of assisting critically-ill Atlanta residents with their pets during a special bingo anniversary event on Wednesday.

City Council member Lamar Willis (top photo) was on hand with PALS founders and volunteers to deliver a resolution commending the group for its work: 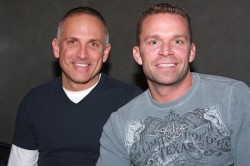 Whereas, it has been scientifically proven that pets benefit their owners physically, psychologically and socially; and,

Whereas, since 1990 PALS has been providing not only pet food but paying for basic pet care for persons living with terminal illnesses and disabilities; and,

Whereas, PALS broad outreach to not only the City of Atlanta but all surrounding counties now provides care for 500 plus pet companions on a monthly basis; and,

Whereas, this milestone could not have been reached without great leadership, strong community relationships, and the many caring people who have donated their time, financial contributions and in-kind contributions; and,

Whereas, the City of Atlanta appreciates the commitment that PALS demonstrates to its clients and their beloved pets.

Now, therefore, we, the members of the Atlanta City Council, on behalf of the citizens of Atlanta hereby recognize Pets Are Loving Support on this 10th day of February 2010. 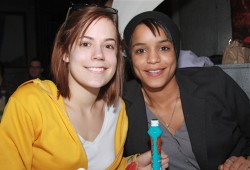 In March, PALS hosts a triple dose of fundraising events. On March 5, the group benefits from Spring Thang Bingo Dance Party at the Gold Room. The event is hosted by Fred Schneider, the gay frontman for the B-52’s, and also supports the Georgia Music Hall of Fame.