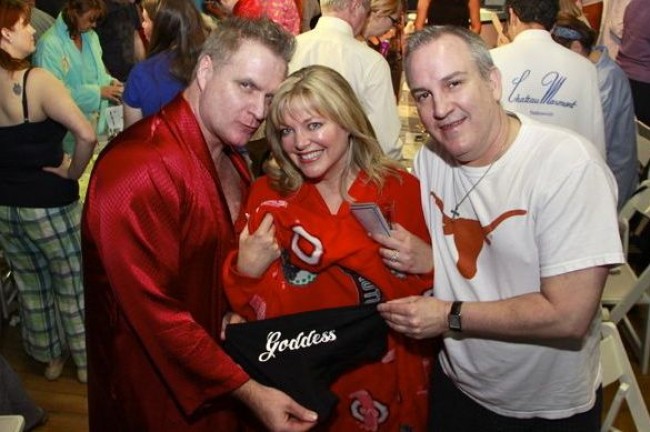 PJs and teddy bears and drag queens—oh my! All of the above were on tap Wednesday at Jungle for the monthly PALS Bingo game, this time with a beddy-by Pajama Party theme.

Footies, fleece and bathrobes were the order of the night as drag mavens doled out the dobbers, called the balls, and put on a show to benefit Pets Are Loving Support, the gay-beloved local agency that helps critically ill people keep and care for their pets. B98.5 co-host Vikki Locke (top photo) helped host the event. 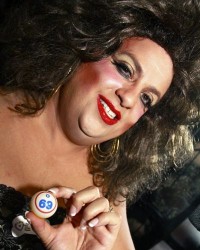 The event put to bed the latest in a continuing string of events for the group. Earlier this year, PALS benefited from the 4th Annual Doggies on the Catwalk; PALS “Mardi Gras” Bingo threw beads at the cause in March; and just last week, the Miss Atlanta Scholarship Pageant hosted high-heeled hubbub with Pumps for Pets.

Next month, PALS turns to “Alabama Prom Night” Bingo for its theme on May 11. Start planning your costume to dress the theme; we’re thinking an ‘80s puffy-sleeved dress or powder-blue tux with a trucker cap might suit the occasion.

Before that, the agency’s annual crowning of a new “spokespet” brings on the fun and fundraising during the 2011 Pet Cotillion at Piedmont Bark on May 1. Last year (view photos and a report), that event raised more than $13,000 for PALS. Locke will help crown the winner.