Outwrite owner fires back at critics of donations 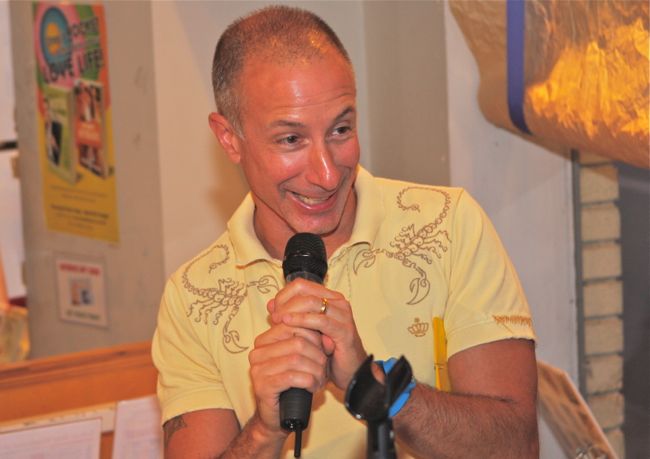 Rafshoon (photo) and the store launched “Save Outwrite” in November after he said that Outwrite’s financial troubles were forcing it to move from its longtime home at 10th Street and Piedmont Avenue. The campaign came at the same time the store retained a bankruptcy attorney to prepare for the store’s closing and liquidation, a move that wasn’t made public until Outwrite closed and filed for bankruptcy on Thursday.

“We tried to fight it off and look for every option as long as we could,” Rafshoon said Friday. “It wasn’t until about Jan. 10 that it was clear that there was no alternative [to filing bankruptcy].”

The campaign raised $6,680 in donations and a grant, he said. Two donations – totaling $5,000 – have been returned, he’s attempting to return a $1,000 grant and the $680 raised at fundraisers will be donated to charity, Rafshoon said.

“After we decided on the 10th that there was no way to make it work, we offered to give those checks back to those people and we did,” he said.

Rafshoon surprised supporters twice this week – once on Wednesday when he announced Outwrite was closing and again a day later when he said the store was closed for good, not relocating and filing for bankruptcy. Critics have taken to social media to criticize the store and Rafshoon for soliciting donations while planning for bankruptcy.

“Seriously? People really bought the whole ‘moving’ thing in the first place?,” Patrick Davis commented on Facebook with our story Thursday about the store’s closure.

Jay, a commenter to Friday’s story about Outwrite filing bankruptcy, was more pointed.

This is unbelievable. What kind of fraud were they perpetrating on their patrons to pretend that they even had a chance to open at a new location. Even worse, just two months ago they were asking their patrons to “Save Outwrite” and people were donating money to the campaign with little chance that this campaign would even come close to paying off their debts. Rafshoon should be ashamed of how he has treated the LGBT Community in the last days of Outwrite. All the good that Outwrite meant to the community has been tarnished by how it has come to an end.

But Rafshoon countered that “Save Outwrite” was “an honest” effort to keep the store open and afloat.

“There are so many good things that we did over the years that I don’t want this campaign and the money to to overshadow that. It really was an honest attempt to save the bookstore. But when we looked at it, there was no way we could do it,” he said.

Some nine full- and part-time employees lost their jobs when the store closed.

Rafshoon said that the store stopped paying sales tax in October 2007 when he faced dwindling revenues and was forced to choose whether to pay vendors, rent, employees or the sales tax. From there, penalties and interest were added and the amount ballooned to $184,000 by June 2011.

“The penalties and interest added up and it just became a nightmare just to try and pay it off. It is one of those things I wish I had not done that way,” he said.

And that $4,069 owed to Blake’s? Think trash. As in a Dumpster in the parking lot the two businesses share. Not trashed, as in one hell of a bar tab.

“We don’t like owing anyone any money and the next time I run a business, I sure as heck won’t get behind on those things. We appreciate all of the support we’ve gotten and best wishes we’ve had over the years. We hope that somehow, someway we can get back to it again,” Rafshoon said.