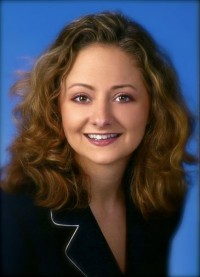 When Frances-Ann Moran transforms from mild-mannered YouthPride board member into novelist Chessen Parker, she also taps into her inner Clara Dare, the hero sleuth of her new mystery series debuting at Outwrite Tuesday.

“I’ve always written, but I usually wrote short stories,” says the author (top photo), a self-professed “straight ally” who is currently the vice president of YouthPride and previously served as board president for two years.

“When I started writing this story, I found more angles that I could go into and really liked the characters and realized it could develop into a series like Agatha Christie’s Miss Marple or Poirot,” she says of “Blackbeard’s Curse,” her first full-length book.

And the Crystal Coast Mysteries series was born.

“I wrote an outline for the first six books and resumes for all the recurring characters before I finished writing the first one,” Moran says. “The first one does set up the second one [releasing this summer], but you don’t have to necessarily read them in order. If you do, you really develop a relationship with these characters.” 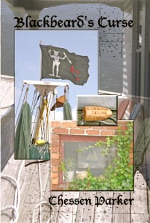 In “Blackbeard’s Curse” (bottom photo), Clara Dare Ivankova—“She’s Southern and has two first names like me,” Moran says—returns to her (and Moran’s) roots in North Carolina and falls into “a life of detection” with an old childhood friend who has become a police detective. The detective, Tara Thompson, happens to be a lesbian of color.

“But I never use the ‘L Word’ to describe Tara,” Moran says. “Her life is full and rich and is described as such, but we don’t have to say the word. So many fictional characters are too closely tied with their sexual identity, and I don’t want that to happen to my characters.”

Presenting LGBT characters in the series was “organic but deliberate,” Moran says. “They always say write what you know. I’m a straight ally, and the majority of my friends in Atlanta are not straight, so for her to not have a lesbian best friend would not be true to my characters.”

In kind, the next book will find two new young women who enter Clara Dare’s life. One of them is transgender, but while clues to that fact exist in the story, Moran won’t make it central to the plot or character.

Like Moran’s inspiration in Agatha Christie, look for a Whodunnit in each book where the doer is known to the victim as well as to the investigators, and is introduced to the reader as part of the plot without revealing which person did the dastardly deed.

In “Blackbeard’s Curse,” the rich pirate history and culture of North Carolina’s Crystal Coast and one of its most famous real-life residents feeds directly into the plot.

“Blackbeard really did have two homes in North Caroline, his treasure really is still missing, and people are looking for it to this day,” the author says.

An archeological war between two treasure hunters, and the discovery of a series of cryptic journal entries by the infamous pirate himself, soon draw Clara Dare into a race against time with a ruthless killer.