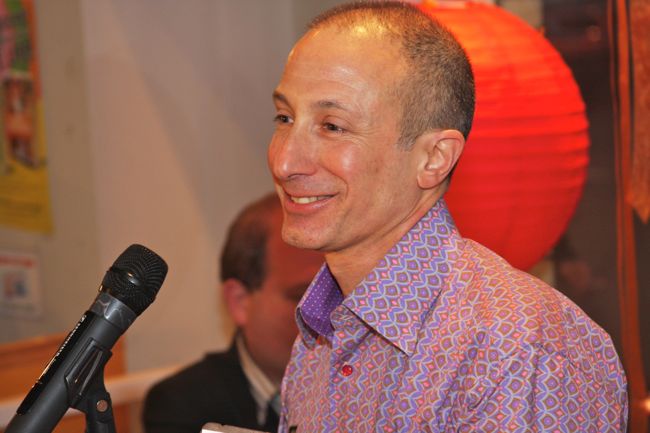 READ MORE | Outwrite owner fires back at critics of donations

As Outwrite Bookstore launched a campaign late last year to “Save Outwrite” and sought donations from the public, it was quietly preparing to file bankruptcy facing the stark reality of more than $508,000 in debt to scores of creditors.

Since October 2007, the store failed to pay $184,000 in state sales taxes, according to Outwrite’s 112-page bankruptcy petition filed on Thursday. The document shows that although Outwrite owner Philip Rafshoon said in November the store’s troubled finances meant it would only have to move to a new location, the situation was much more dire: It posted operating losses of more than $151,000 for the last three years.

When Outwrite closed on Thursday, it had $298 in its checking account.

On Tuesday, the iconic bookstore celebrated its “Last Tango” (view photos) an evening of author appearances and reflections from Rafshoon that included a City Council proclamation honoring him and the store. A day later, Rafshoon made the surprise announcement that the current location at 10th Street and Piedmont Avenue was closing its doors even after saying on Jan. 18 that he expected to move to a new location in mid-February.

On Thursday, Rafshoon announced that Outwrite was closed permanently and filed for bankruptcy.

“Unfortunately, we have run out of time and money to make that transformation. We have examined and exhausted all possibilities for continuing this company given our financial situation,” Rafshoon (photo) said in a prepared statement on Thursday.

Outwrite celebrated its 18th anniversary in early December with a big party at the store. In November, Rafshoon announced that financial struggles would force him to move the store to a new location and he launched a “Save Outwrite” campaign to raise funds to help pay for any move.

On Dec. 2, the Lloyd E. Russell Foundation kicked off the campaign with a $1,000 donation and a handful of fundraisers also contributed money for the campaign. Rafshoon did not say on Thursday if those funds have been spent or what will become of them.

With the “Save Outwrite” campaign going, Rafshoon retained gay attorney Keith Eady to plan for the bankruptcy filing. Outwrite paid Eady $1,000 on Oct. 13 and $6,694 on Nov. 30. Eady helped Window Media, the former owner of Southern Voice and David magazine, file bankruptcy in November 2009 when it collapsed under the weight of nearly $11 million in debt.

Outwrite, like Window Media, filed a Chapter 7 bankruptcy, a move that leads to the liquidation of assets. In its bankruptcy filing, Outwrite listed $78,311 in assets ranging from inventory to office supplies, and $508,673 in debt.