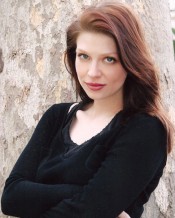 OK, all you LGBT sci-fi, fantasy and gaming geeks. This weekend’s for you. The group that brings Atlanta the annual OutlantaCon convention goes big this year to host the national GaylaxiCon Thursday through Sunday.

GaylaxiCon returns to Atlanta after a very successful 2007. Since then, the annual OutlantaCon itself has taken on a bigger life of its own, way beyond the group’s big gay contingent at Dragon*Con each year. OutlantaCon: Gaylaxicon Edition kicks off at Outwrite on Thursday and moves to the Holiday Inn Select-Perimeter for the weekend, and the combination of the two conventions is guaranteed to be geek-tastic.

In addition to symposiums on LGBT inclusion in the sci-fi-fantasy genres, in-depth looks at characters on your favorite shows, vendors, social events, movie screenings, author appearances and workshops galore, look for the local group’s very queer Match Game and the Project Cosplay competitions, live entertainment, plus Gaylaxicon’s signature events like the Chocolate Symposium, Gaylactic Jeopardy!, and the Gaylactic Spectrum Awards.

What a way to start, but that’s really just a taste. OutlantaCon/Gaylaxicon means you better dress to impress (bottom photos) because this fandango begins big and stays big. All of the personalities at Outwrite will be on hand with their own signings and Q&A’s during the convention as the full scope of the event blasts into the stratosphere.

Beginning Friday afternoon at the main event, it’s literally non-stop Con for queers all day long and into the night through Sunday. Friday sees “Star Trek’s Missing Minority” and “The Big Ass Doctor Who Panel” on the schedule, and that’s just opening night.

OutlantaCon/GaylaxiCon continues Saturday with Fan Films, an Anime symposium, Queer Ghosts Stories, and Race for the Galaxy, just to name a few options.

Sunday keeps up the pace with highlights like a workshop on podcasting and a “Torchwood” panel. View the full schedule of events.

Need more? Here it is: The event this time around is collecting supplies for Jerusalem House’s Learning Center. View their wish list and bring your donations to the convention.