Out On Film unveils its October headliners

Atlanta’s LGBT film festival Out On Film announced on Monday much of its schedule for October’s big event, including the Opening Night local premiere of the award-winning “You Should Meet My Son!”

The film (top photo) is “the story of a Southern mother who finds out her son is gay and decides to find a boyfriend for him [and] is both funny and charming, with Joanne McGee as the kind of Southern mother we all know and love,” Jim Farmer, Out on Film’s director, says in the announcement. 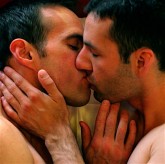 Festival passes will be on sale around Sept. 1, and more films will be announced by the end of August. Here’s a look at the lineup so far:

• “The Adonis Factor” (directed by Christopher Hines, director of “The Butch Factor”)