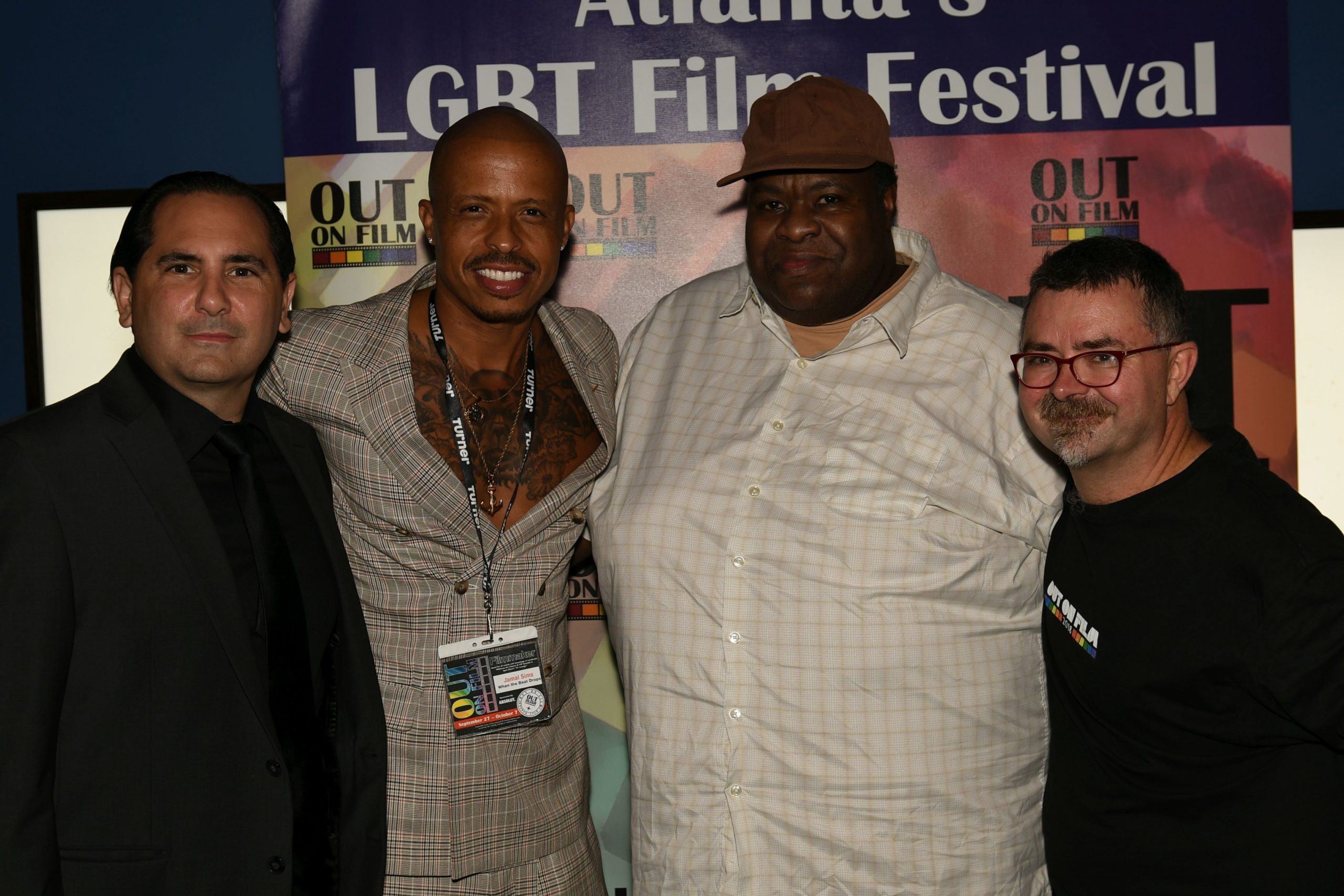 Anthony “Big Tony” Davis, who mentored countless young black gay men in Atlanta and across the country in the Southern dance style called bucking, died on Sunday at age 46.

Davis (top photo, second from right) was the star of “When The Beat Drops,” a documentary about bucking that was the opening night selection for this year’s Out on Film festival.

“All of us here at Out on Film were very fond of Anthony,” said Jim Farmer (far right), executive director of Out on Film. “He was an amazing role model and mentor to so many kids over the years and he literally  gave them a home to dance. ‘When the Beat Drops’ showed the world his legacy, and I hope one day all that he did will be recognized and fully appreciated.”

Davis — an Atlanta native — was in Chattanooga, Tenn., for a bucking competition when he died, according to his cousin Keely Reidy. She told Project Q Atlanta that he began having labored breathing and collapsed at the hotel, so an ambulance was called.

“He had died by the time they got to the hospital,” Reidy said. Doctors said it was a heart attack.

“We are incredibly saddened to hear about the passing of our friend Anthony Davis, and exceptionally grateful to have been entrusted with the opportunity to tell his story in ‘When The Beat Drops,’” he said. “[Director] Jamal Sims, our fellow producers at World Of Wonder and I will miss Tony’s indefatigable spirit and irrepressible smile greatly and eternally.”

Sims (second from left) said Davis was a natural leader and a man of integrity.

“He made you feel like family. He was a light,” he said. “Anthony’s legacy in my opinion would be to follow your passion, even if you have to make sacrifices. In the end, it will be worth it.”

A memorial service will be held Nov. 17 at 2:30 p.m. at Gus Thornhill’s Funeral Home in East Point. Reidy said a viewing will take place throughout the day on Nov. 16.