Out on Film offers Sweetie’s look into drag 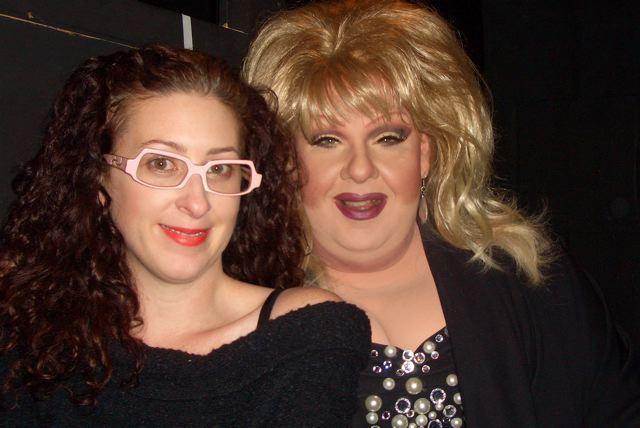 Look out boys. There’s a new drag queen in town.

It’s Sweetie (photo right), and she leads you into a rare behind-the-scenes look into the world of drag. She’s in Atlanta Monday for the Out on Film screening of “Charmed Life,” the debut effort by director Katherine Delaney (photo left).

Delaney’s film offers interviews (and more) with three generations of drag performers in this documentary that works to capture how a queen is conceived and what it means to be a performer. Can’t nearly every gay boy relate to that?

The Out on Film screening also brings Delaney and Sweetie, both fixtures of New York, to Atlanta for the first time. The movie, like so many fleeting gay boy hookups, started as a meeting through Craigslist and quickly turned into 18 months of filming and more than a year of editing some 80 hours of footage into a 70-minute final product.

“As a documentarian, you have a feeling that something is there and you can’t quite put your finger on it,” Delaney says about her initial discussions with Sweetie. “But I knew that if we kept going, we would have a documentary, and Sweetie agreed.” 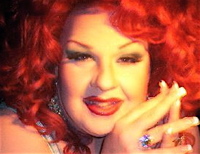 Sweetie, who’s wig color changes to suit her whims (bottom photo), says even for a seasoned performer like her, being followed by a camera and crew was uncomfortable at first.

“To Kat’s credit, she had such an amazing style about never being obtrusive and more like a fly on the wall,” Sweetie says. “She had such a respect for not never hindering or tainting what they were there for. It was just like you live your life and we will catch up to you.”

That authenticity comes through in “Charmed Life,” which offers intimate moments from the subjects’ lives as they reveal trade secrets and even lay bare the perils of dating.

“I had a lot of misconceptions cleared up for me, a lot of performers had a really beautiful way of putting a mirror up to the crew,” Delaney says. “There is quite a bit of revelation. It’s a little controversial, but there is so much heart and humility in what is said that it is very palatable for people to hear about what type of society we really are.”

Monday’s Out on Film screening provides the first wide showing of the film, which leaves Sweetie excited about seeing and hearing the reactions in person.

“It really is a beautiful peek into who is behind all of the hair, makeup and glitter. We get some really honest interviews out of the queens, myself included. It’s information that goes out that maybe a wide audience has never seen or thought about as far as who we are as people,” Sweetie says.

View the full event listing for Monday or the entire Out on Film lineup with excerpts about some of the entries. You can also check daily listings for the Oct. 2-8 films on our interactive calendar, or visit the Out on Film website for more information, including video previews.