Out On Film launches virtual film festival for Stonewall Month 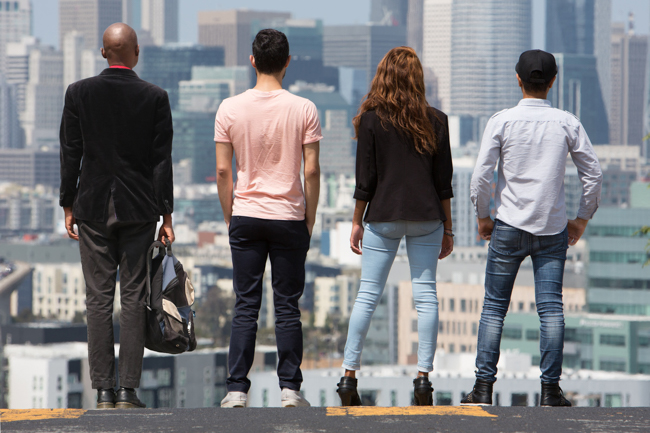 In celebration of Stonewall Month and in partnership with Georgia Equality, Atlanta’s LGBTQ film festival Out On Film announced a weekly online screening series that begins next week with a rousing award winner.

“Unsettled: Seeking Refuge in America”(top photo) opens the four-film festival on Thursday, June 11 at 7 p.m. on Eventive. The feature-length documentary reveals untold stories of LGBTQ refugees and asylum seekers who fled persecution in their home countries and settled in the U.S.

The film director Tom Shepard will be available for a Zoom call after the “Unsettled” screening, said Jim Farmer, festival director of Out on Film.

“We are excited to work with Georgia Equality and present a series of films that address issues of the day, especially during Pride Month,” Farmer said in a press release.

The following three Thursdays – June 18 and 25 and July 2 – bring other big-deal titles. “Changing the Game” is Michael Barnett’s lookat the challenges of transgender high school athletes that wowed Out On Film audiences in 2019.

“The Gospel According to Andre” is Kate Novack’s examination of fashion editor Andre Leon Talley. Georgia Equality’s Eric Paulk brought that one home for Q readers in 2018, before which Out On Film’s own Jim Farmer interviewed Talley himself for us.

In Gabrielle Zilkha’s “Queering the Script,” celebrities including Lucy Lawless and Angelica Ross join with the voices of numerous kickass fangirls in a fast-paced history of queer women’s representation on contemporary television. The film highlights the extraordinary impact of activism on diverse fans, ensuring that they see themselves accurately portrayed on screen.

Watch the trailer for Unsettled here:

The series is free, but donations for the host non-profits will be accepted. You canwatch each installment of the weekly series here,andvisitOut On FilmandGeorgia Equalityonline.

So your bestie has a new love, only that new love is hitting on you bigtime. Which one do you talk to first, and how? You have issues. Advice from our Life Judge can help.
Read more
Coronavirus