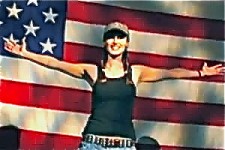 Atlanta’s LGBT film festival is already locking down movies for this year’s Out On Film, including the coming out story of country singer Chely Wright and a Sundance sensation on the early AIDS crisis in San Francisco.

“Wish Me Away” (top photo) intimately details Wright’s decision to come out and the days leading up to the announcement. “We Were Here” (bottom photo) chronicles the initial fear and ultimate resilience of gay men—and a large number of supportive lesbians—fighting for information and acknowledgment at the beginning of the pandemic.

Wright was the first mainstream country music star to come out, and her documentary includes the title song as well as private, at-home videos about her struggle to be open about her sexual orientation in a largely unforgiving industry. Out On Film is working on getting Wright here for the festival, but no word from the singer’s camp is forthcoming yet. 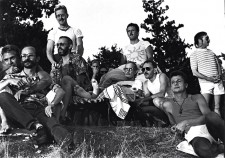 Through tears, she admits in the film that coming out was a tough but critical decision.

“Sometimes living one’s honest life is damn near impossible, and unsafe for some people. I’m just trying to live mine openly and honestly because living it not openly and not honestly about killed me.”

Watch the trailers for “Wish Me Away” and “We Were Here” below, but you don’t have to wait until the Sept. 29 – Oct. 6 festival to celebrate movies with Out on Film.

On June 9, a DVD release party for some of the biggest films from last year’s festival will take place at Amsterdam Atlanta. And as part of a seven-day roster of Stonewall Week events, Out on Film teams with Atlanta Pride to sponsor Brunch and a Movie on June 26 at the Rush Center with a screening of the film “March On.”