Out on Film captures dichotomy of an icon in ‘Mapplethorpe’ 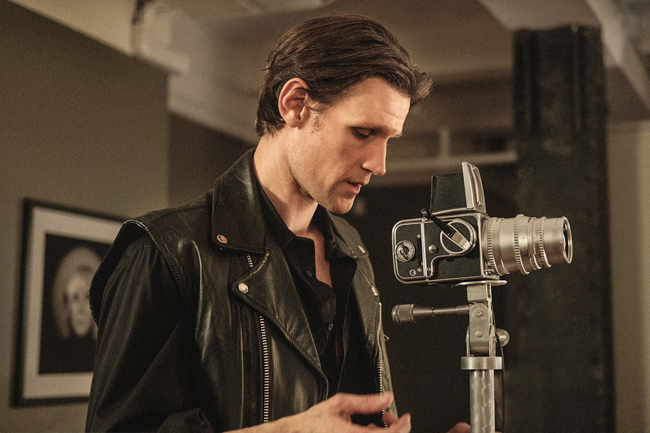 As Atlanta’s LGBTQ film festival continues its 31st annual celebration of cinematic queerness, we take a look at some of the shining stars of this year’s amazing roster. But first we train our lens into sharp focus on the subject of the festival’s Q-spotlight screening: the highly lauded Robert Mapplethorpe biopic.

Matt Smith (top photo), who fans love in award-winning roles on both Dr. Who and The Crown, does the groundbreaking gay photographer proud in Mapplethorpe’s title role. Marianne Rendon and John Benjamin Hickey are also strong in their parts as real-life Mapplethorpe companions Patti Smith and Sam Wagstaff.

Q magazine and Project Q Atlanta sponsor Out on Film’s Oct. 6 screening of the film. In addition to glimpses of the photographer's celebrity portrait clientele, his meteoric rise and AIDS-era demise, the biopic also offers an inside look at the diametric nature of Mapplethorpe the person and his work – the self-indulgent Renaissance man and sexual adventurer, juxtaposed in art and life with a laser-sharp appreciation of pristine beauty.

To put a fine point on the dichotomy, he and his work are even called “Dr. Jekyl and Mr. Hyde” at one point in the film, leading to two simultaneous showings of his photos at different galleries – one for high-end art patrons, the other for a more adveturous lot.

The film shines brightest in its use of archival Mapplethorpe imagery and its trademark rich blacks and stark whites. To whet your appetite, Q magazine includes just a scant few of the photographer’s most iconic images.

Out on Film screens Sept. 27 – Oct. 7 at Midtown Art Cinema, Plaza Theatre and Out Front Theatre. Tickets, showtimes and full roster of movies at outonfilm.org. The Q Spotlight ‘Mapplethorpe’ screening is set for Saturday, Oct. 6 at Plaza Theatre, 9 p.m. Get tickets.

UPDATE | Oct. 8, 2018: 'Mapplethorpe' won the Out on Film Audience Award for the festival's Best Narrative Feature, and Matt Smith won the Jury Prize for Best Actor.

This article originally appeared in Q magazine. Read the full issue below, and pick up a new edition every week.