Out On Film adds world premieres to lineup 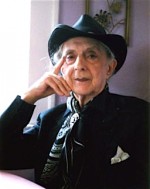 After a teaser last week revealing some of its biggest films, Atlanta’s LGBT film festival lays out its full schedule for its Oct. 1 – Oct. 7 event, including special events and three world premieres.

On Tuesday, Out On Film finalized its slate of 50 films for next month’s even, the 23rd rendition of the festival. In addition to the 15 movies already announced, the annual lineup of the latest Men’s Shorts, Women’s Shorts and the roster of LGBT feature length films making the festival rounds are ready for their close-ups, as are some special guests at many of the screenings.

Opening Night’s “You Should Meet My Son” will be attended by former Atlantan Keith Hartman on Oct. 1, followed by an after party. The Closing Night film “Role/Play: The Movie” features appearances by director Rob Williams and actors Matt Montgomery and Steve Callahan on Oct. 7. 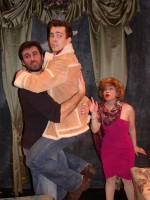 Most films will show at Midtown Art Cinema with several special screenings at Ansley Park Playhouse. World Premiere Night at Ansley Park features the debut of “Quentin Crisp: Final Encore,” an in-depth interview with the groundbreaking gay author and international personality (top photo) filmed in Atlanta by director Diane Cardea shortly before Crisp’s death. The film is followed by the world premiere of “Fishnet” by Brian Pelletier.

On the afternoon of Oct. 3, a world premiere stage reading of the new film “When Joey Married Bobby” by Atlanta’s “Peachtree Battle” scribes John Gibson and Anthony Morris takes place at Ansley Park Playhouse. The film is based on the couple’s play by the same name that ran off Broadway last year (second photo).

Other guests at Out On Film include director Christopher Hines with his film “The Adonis Factor,” director Evgeny Afinnevsky of “Oy Vey! My Son is Gay!,” with more guests in the works. Additional events and after parties are still being planned.

View the entire festival schedule and descriptions of each film. Tickets will be available online beginning approximately Sept. 1 via Landmark Theatres and Out On Film.