The show is Out Front Theatre’s first full-scale production since March 2020. It follows online offerings, a few live events and months of creative and ingenious pandemic pivots. The production runs Thursdays through Sundays Oct. 21- Nov. 14.

The 1980 camp classic film-turned-2007 Broadway hit is just as hilarious and kitschy as gay audiences remember. The story follows the Greek muse Kira, who descends from Mount Olympus onto Venice Beach, Calif.

All the funk and fun goes down on Kira’s quest to help struggling artist Sonny achieve his creative masterpiece – the first roller disco.

“But, when Kira falls into forbidden love with the mortal Sonny, her jealous sisters take advantage of the situation, and chaos abounds!” the production promises.

The stage musical was Tony-nominated with a book by Douglas Carter Beane and Music and Lyrics by Jeff Lynne and John Farmer.

And yes, the Broadway show is based entirely on the 1980 Universal Pictures film starring Olivia Newton John as Kira. Fun fact: It also starred Gene Kelly in his final big screen role.

“Xanadu” in Atlanta is a co-production with Georgia State University. In an unusual twist, that means performances through Nov. 6 are by Out Front’s cast. The final week of performances feature a cast from GSU.

‘Xanadu’ stages Oct. 21-Nov. 4 at Out Front Theatre, 8 p.m. except Sundays, which are at 3 p.m. Visit the theater website, view the digital program, and buy tickets here. 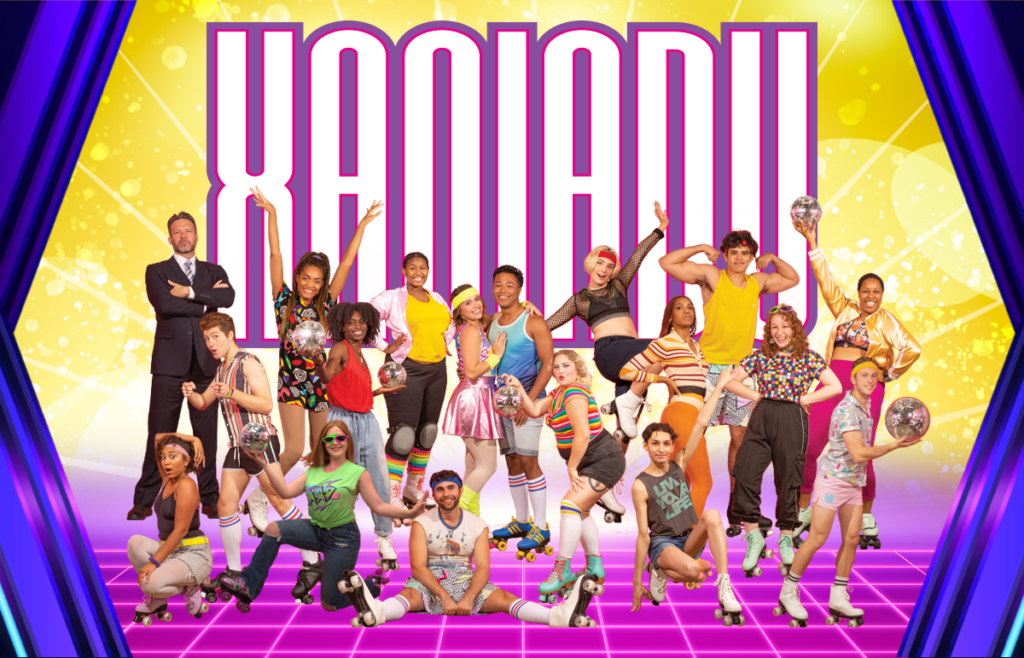