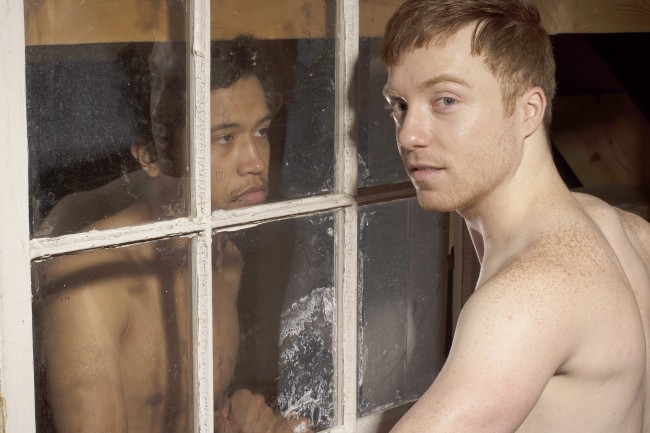 If your knowledge of queer history doesn’t yet include what happened on June 24, 1973 in New Orleans, let this be a tutorial you’ll never forget. If you only know the outcome of that terrible night, let The View Upstairs, the season opener at Atlanta’s LGBTQ theater opening on Thursday, Oct. 25, personalize the arson attack that killed 32 people.

Four years after Stonewall and on the Sunday evening of the third annual Gay Day Picnic that would eventually become New Orleans Pride, a fire broke out in the French Quarter. A stairwell leading to the UpStairs Lounge was purposely set ablaze and the gate to the main exit locked.

About 125 members of the local Metropolitan Community Church, a fledgling LGBTQ Christian congregation, had eaten dinner and met at the club that evening, and some 60 people were still enjoying drinks when a blaze engulfed the venue. About half escaped through a rooftop exit. With metal bars on the windows hindering or impeding escape, nearly three-dozen people died from fire and/or smoke inhalation.

Lighter fluid and a match were deemed the means, but the perpetrator and motive remain officially unresolved to this day. Some believe it was a straight-up hate crime against LGBTQ patrons. But due perhaps to societal attitudes toward queers at the time, the investigation left much to be desired, including unanswered questions and a prime suspect – a schizophrenic street hustler who was ejected from the UpStairs Lounge earlier that day. Cops let those leads linger, and the suspect took his own life about 18 months after the fire.

Graphic wire photos of the aftermath swept the nation, though the “gay angle” helped most people avoid the topic or soon forget it. The case was closed, unsolved, in 1980. But what about the people behind those charred remains?

The View Upstairs aims to bring them back to life, to remember not only the tragedy, but that real people were behind the history and headlines. The show is set inside the UpStairs Lounge and pays tribute to many of the patrons who frequented the club. Here is a rundown of the cast of characters.

Wes: A fashion designer in his 20s from 2018. He is fashionable and outspoken and yet also self-conscious and insecure deep down. He sniffs cocaine recreationally, which may explain him suddenly finding himself at the UpStairs Lounge in 1973 where he first experiences both love and tragedy.

Patrick: A young hustler who may seem innocent at first, but is a lot more manipulative and tough than he appears. Patrick uses his imagination to create stories that distract from the harsher realities of his life. Wes develops a crush on him.

Buddy: A closeted gay in his 50s who is married with children. Buddy is the resident piano player of the lounge. Although he loves the attention paid to him by the LGBTQ community, he also feels embarrassed and resentful at a part of it.

Willie: A middle-aged black man who is one of the more experienced patrons in the lounge. He sometimes acts as a matchmaker for the other guys in the bar.

Henri: The strict, sassy bartender at the lounge, Henri is an old school butch who takes no nonsense. Whilst she may come across as a bit harsh, she cares very deeply for the community within the bar and acts as a maternal figure.

Freddy: A construction worker by day, and Latino drag queen, Aurora Whorealis, by night. He has a bubbly and over-the-top personality and is popular among all in the bar.

Inez: She is Freddy's middle aged, single mother and is often mother to the other men in the lounge too. Born in Puerto Rico, she moved her family to America when Freddy was still young and is an avid supporter of Freddy's drag persona.

Richard/Rita Mae: The priest of the Metropolitan Community Church holds sermons in the bar. Although more conservative than other bar patrons, is still level-headed and warm.

Dale: The arsonist, is a jealous attention seeker and radical in his sexual politics. He's experienced a good deal of hardship at society's hand and is bitter and resentful as a result.

Cop: In 1973, he was highly corrupt, violent and homophobic. While still stern in present day, a counterpart has more of a sense of humor, and seems to value justice.

On the 40th anniversary of the fire, a cast performed Max Vernon’s score in a concert setting. Three years later in July 2016, a workshop cast working on an off-Broadway opening performed the songs as a benefit for Equality Florida in memory of the 49 victims of the Pulse Nightclub massacre in Orlando. Until that time, the UpStairs Lounge had been the worst death toll in a gay club.

The show opens the 2018-2019 season at Out Front, which also includes the Ethel Merman Disco Christmas Spectacular, the play Porcelain, the Pulitzer and Tony winning trans story I Am My Own Wife, and the Five Lesbian Brothers troupe’s The Secretaries, as well as several one-night-only special events in collaboration with other groups and theater outlets.

A version of this article originally ran in Q magazine. Read the full issue below.

Look for a new edition of Q magazine each week at queer and LGBTQ-friendly venues all over town, and visit theQatl.com for fresh content every day.