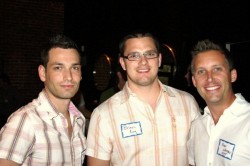 VIEW PHOTOS | Networking for Equality with Out & Equal @ Amsterdam

The gay business group Out & Equal did what business folks do after the work day ends — drink cocktails and enjoy conversation — during its Networking for Equality last Friday at Amsterdam.

The resurgent group hosted the happy hour event that featured LGBT leaders from Newell-Rubbermaid, Deloitte and Turner to discuss how they’ve turned their LGBT employee resource groups into effective advocates for equality. Out & Equal, with affiliates across the country, promotes workplace equality through resource groups like those and by partnering with human resource professionals. 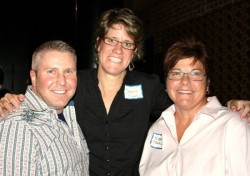 In November 2008, more than 500 people attended the group’s launch as the 13th affiliate of the national organization. Lesbian radio personality Melissa Carter presided over the evening, which included a tribute for the National Transgender Day of Remembrance and an extensive program calling attention to advocates and efforts to promote workplace equality.