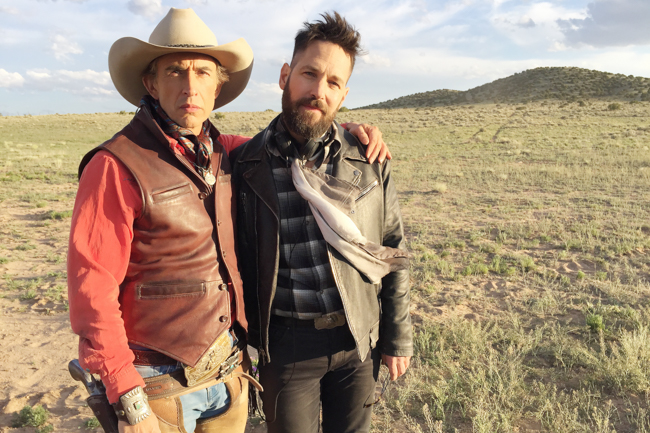 As Atlanta’s LGBTQ film festival opens its 31st annual celebration of cinematic queerness, we take a look at some of the shining stars of this year’s 11-day roster.

Out on Film screens Sept. 27 – Oct. 7 at Midtown Art Cinema, Plaza Theatre and Out Front Theatre. See our best-of-the-fest picks below, and find tickets, trailers, showtimes and full roster of movies at outonfilm.org.

When the Beat Drops

This Atlanta-set film follows a crew of gay African-American men as they pioneer the underground dance scene known as “bucking.” Created in the South, “bucking” was born as a response to being shunned from majorette routines, due largely to homophobia. With his crew, Atlanta native Anthony Davis helped grow bucking into a national movement and created a haven for a generation of displaced black gay men. Director Jamal Sims, producer Jordan Finnegan, star Anthony Davis and many of the film’s cast will be in attendance.

Rupert Everett stars as Oscar Wilde and delivers his career-best performance in a film charting the final days in the writer’s life, which he served out in exile. The cast also includes Colin Firth, Tom Wilkinson and Emily Watson.

Based on his award-winning short film, Yen Tan’s “1985” is one of the don’t-miss Out on Film entries this year and a contender for its jury prize. It follows a closeted young man (an excellent Cory Michael Smith, “Gotham”), returning to his Texas hometown for Christmas during the first wave of the AIDS crisis.

A grandmother’s secret past collides with her granddaughters’ secret future and her daughter’s angry present. The film stars Piper Laurie, Brooke Adams and Emily Baldoni.

This narrative foreign-language film follows a new striker who joins a soccer team and has an unexpected love affair with another teammate.

Atlanta’s T. Cooper directs this documentary that takes us into the heart of transgender male culture, revealing unexpected truths about gender, masculinity, humanity and love. Four trans men take a variety of life paths toward stepping on stage in Atlanta at Trans FitCon, the only all-transgender bodybuilding competition in the world.

Follow the life of the iconic makeup artist in a beautiful and deeply personal portrait of an artist and LGBTQ advocate. Interviews include Cher, Kate Moss, Isabella Rossellini, Isaac Mizrahi and Christy Turlington.

Molly Shannon magnificently plays 19th century poet Emily Dickinson in this dramedy that destabilizes the widely held perception that she was a reclusive spinster. It showcases her hidden persona: a lively and comedic personality who was romantically involved with her best friend/sister-in law.

Andrew Fleming’s film stars Paul Rudd and Steve Coogan as a bickering gay couple whose life is turned inside out when a ten-year-old boy shows up at their door claiming to be a grandson.

Emmy nominee Matt Smith (“Dr. Who,” “The Crown”) is superb as the legendary gay photographer Robert Mapplethorpe, from his rise to fame in the 1970s to his untimely death in 1989.  Read our preview in Q magazine.

Of several dozen films at three venues over 11 days, these are just a few highlights of a packed Out on Film. Visit outonfilm.org for the full festival roster and schedule.

This feature originally appeared in Q magazine. Read the full issue below, and pick up a new edition each week.