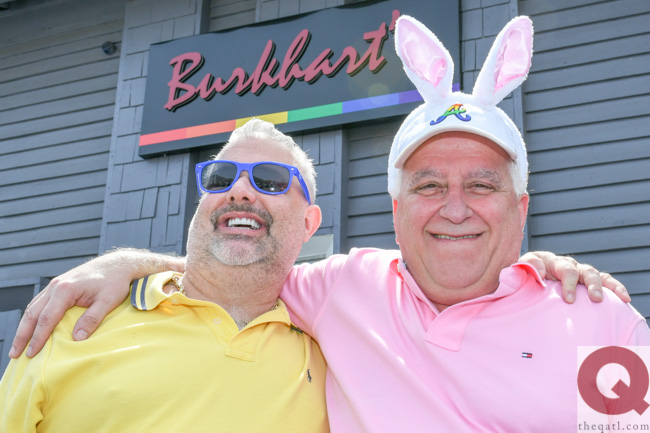 The home of once-popular Burkhart's Pub will soon re-open with new owners and a fresh take on a two-story space that has served gay Atlanta nightlife for decades.

Oscar's owner Chris McDonald and business partner Marco Penna completed the purchase of Burkhart's equipment and signed a new lease with the property owner on Friday. They plan a soft opening in a few weeks, with renovations, a new entertainment lineup and improved menu to follow, Penna told Project Q Atlanta on Monday.

“I'm excited about it,” Penna said. “I really want to jump in there and open the doors and welcome people in here with open arms.”

The purchase by McDonald and Penna has been in the works for several weeks. The Georgia Voice first reported the sale had closed on Monday.

The transaction starts a new chapter for the former home of Burkhart's, which imploded in January during a controversy over racist social media posts from its owner. The bar's entertainers quit, a public forum showed that racism at the venue ran deeper than just its owner and its general manager was fired. Burkhart's closed its doors in February.

It also marks the second announcement of a new gay nightlife space. On March 26, former Jungle owner Richard Cherskov and Keith Young, who owns GA Boy Productions and Xion, bought Midtown Tavern. The pair are turning the restaurant and bar into a new gay space.

Penna helps McDonald operate Oscar's, which sits across the Ansley Square parking lots from their new bar. Penna said Burkhart's has been a special place for him since moving to Atlanta from New York in 2004.

“This was the first bar I came into. I have a lot of memories, and I like the place,” Penna said of Burkhart's. “You came here, and everybody was family. I had a connection to this place.”

Penna said he and McDonald want to return “that special feeling back” and are prepared to work hard to repair the damage left behind by the bar's former owners and managers. Penna said former mangers Don Hunnewell and Steve Tallas are not involved with the new bar. Former entertainers accused the pair of being complicit in the bar's scandal, though Hunnewell denied the allegations.

“It's all about bringing our community back here again,” Penna said.

Penna said he and McDonald still haven't decided on a name for the bar. They've considered Marco's on Piedmont and 1492. But Penna said Monday that 1492 – the bar's address on Piedmont Avenue – brings with it ties to Christopher Columbus, a connection that wouldn't be helpful for a bar space fighting to move past a controversy over allegations of racism.

“I know my history,” Penna said. “I want this place to stand out on its own.”

To help, Penna said the owners plan renovations that will remove the first floor bar to the left once customer enter. That will help make room for a stage, which will likely house the Armorettes – the camp drag troupe moved to Oscar's when entertainers fled Burkhart's – and other drag shows. Plans also call for rearranging the DJ booth and replacing the pool tables upstairs with a piano and bistro tables.

“I want to bring a nice flavor to the place food-wise and bring back the happy hour meet and greets,” Penna said.

Penna declined to discuss the purchase price or the terms of the lease.

“I want to bring it back to the way it used to be,” Penna said. “We work hard all of our lives, and we need to come to a place where we feel good, where we feel like family here.”