Order up: A renovated Jungle for dancing queens 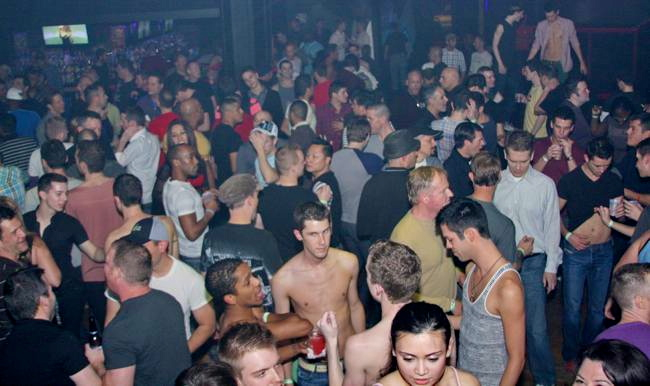 Remaking popular gay Atlanta dance club Jungle into a more versatile space, and renovating the 12,000-square-foot venue while it remains open and pouring, is a bit of a thing. How about adding food and reducing smoking, too? “We are touching every surface, changing every single public area and the back of house areas as well,” says Richard Cherskov, Jungle’s managing owner. “The space was getting tired and it has needed a renovation for some time. But more importantly, the space needs to be more versatile so we can hold the type of events that people are interested in.” Cherskov (second photo) launched an effort to expand the club’s lineup soon after he purchased it late last year. That’s meant the addition of Wednesday night shows -- Big Gay Game Show, Fantasy Girls, Dragnificent -- with a revamped Friday schedule also in the works. Adding a full-service kitchen and changing its liquor license to a restaurant will help Jungle eventually expand to a seven-day schedule, he says. Wait, a restaurant? As part of the two-phase, $250,000 renovation project, Jungle is replacing the current main bar with a kitchen stocked with “every piece of equipment we need to make really tasty food,” Cherskov says. Dinner theater? In the works. Sunday brunch? You betcha. “This renovation is going to give us the flexibility to do a lot more varied types of events that we couldn’t do before,” he says.

Welcome to our kitchen 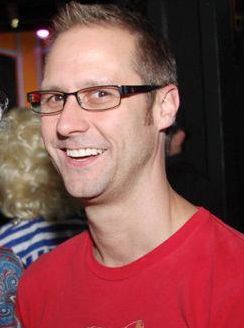 The renovation kicked off in August and has included the addition of an expansive, 450-square-foot bar; a new entrance, lobby and lounge; and lighting. The curtains came up on those phase one projects during last Saturday’s Construction Party with DJs Travis & Eric. Phase 2, which kicked off this week, includes the kitchen, a second, smaller bar, relocating the DJ booth, VIP room and a front room with a bar and stage that’s ideal for cabaret shows. Expect the entire project to wrap by Pride in mid-October, Cherskov says. “Even with everything we’ve done so far and the changes to the space, we’re probably only about 30 percent through the process. Much more to come. Doing it in two stages, the second stage is definitely more involved and more intense. Because we stayed open, we couldn’t do everything at one time,” he says. Even though the renovation helps the club plan for the future, Jungle is also giving a nod to Atlanta’s nightlife past. The disco ball from Backstreet returns to the new entrance area in time for Saturday’s Backstreet Reunion Party. “In there we are hanging the original disco ball from Backstreet along with a plaque commemorating it and the club,” Cherskov says.

But beyond the physical improvements, Jungle is also making two big changes that don’t require a hammer, nails and paint brush. The club is curtailing smoking and rewarding regulars with a new Jungle Loyalty Card. Jungle is putting in place a designated smoking area near the south wall of the new main bar that’s equipped with a ceiling ventilator to draw in the smoke. No more smoking on the dance floor or in other areas of the club. “We did it this past Saturday and no one was complaining about it. People had a positive reaction. But we understand that there are some adjustments with people,” Cherskov says. On Sept. 22, the club will begin distributing its new loyalty cards as DJ Alyson Calagna returns to Atlanta. The biggest benefit? Getting you into the club quickly on most Saturdays for $5. Yes girl, reduced cover. Jungle wants to make it easy to see the smiling faces of its regulars. “I’m super excited about this Jungle card. It’s the number one complaint I hear from people – they are tired of playing cover charge roulette,” he says. The goal of the renovation project, adding to its nightly lineup and offering a loyalty card, Cherskov says, is straight-forward: Catering to and rewarding its audience. “Regardless of what is happening in the economy, people want to leave their cares behind. They want to go, be entertained and have a good time. We are trying to set up the business where they can do that and it doesn’t cost a lot of money,” Cherskov says. “We want a place where people can have a few drinks, listen to good music, dance their asses off and have a good time.” That's the formula that always places Jungle events on our Gay Agenda of the Best Gay Things to Do in Atlanta Each Weekend.