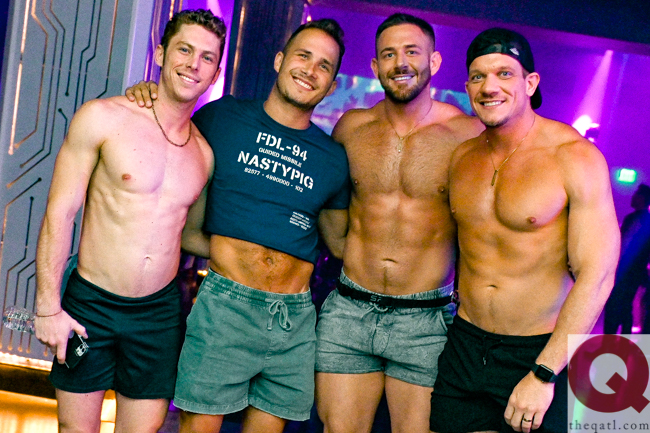 For two years, Future Atlanta’s owners held tight to the idea that, if they built their club, people would come. During an epic weekend of shows, parties and after hours events, they finally did.

“The anticipation that we’ve had probably doesn’t compare to what everyone else feels with having something new to do,” co-owner Keith Young told Project Q Atlanta during an exclusive tour of the space before it opened.

Friday featured DJ Ed Wood on the dance floor and two seatings for the Fantasy Girls drag show. Destiny Brooks, LaLa Ri, Raquel Rea Heart and more joined Phoenix, the club’s entertainment director, on stage. DJ Cindel followed with Xion Afterhours, and our photographer caught pieces of all that in the gallery below.

The fun continued on Saturday and Sunday with drag, DJs and late-night dancing. Future is also the epicenter for Peach Party, which is June 10 – 14.