One less place for dancing queens in Athens 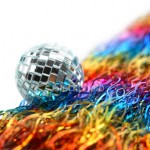 It seems the dancing queens in Athens don’t get their jig on nearly enough for one club owner in the heart of Bulldog Nation.

Blur, the dance club located at Hull and Dougherty streets in downtown Athens, closed last weekend to rebrand itself away from the gays, drag shows and dance parties and more to the liking of music hall fans. That’s from owner Mark Bell, who also was on hand to close Boneshakers, one of the city’s first gay clubs.

“The gay population has outgrown having its own little spot,” Bell said. “They’re going to nongay establishments more and feel more comfortable in other places – which is definitely a good thing.”

But Bell isn’t completely done with the gays, as the club will still host weekly drag shows. We’d invite the college boys here for their dancing fix, but Atlanta’s dance club seen isn’t what it used to be, what with Backstreet gone and WetBar rebranding as a mostly-straight venue.