One gov candidate may be OK with gay marriage 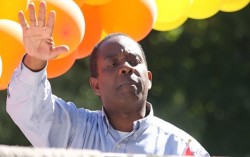 Taking part in the recent Atlanta Pride Parade apparently had an impact on John Monds. The Libertarian candidate for governor is the only one in the bunch that even hints at being OK with same-sex marriage.

That nugget came courtesy of an hourlong forum with WXIA-TV 11 Alive News. The debate, “Stop the Madness: Let’s Get to the Issues,” airs Wednesday at noon. The Atlanta Journal-Constitution covered the debate as it took place Tuesday.

Deal and his anti-gay campaign have been clear on same-sex marriage. He even lashed out against the early August ruling striking down California’s Prop. 8. You know, because that’s an issue he’d face as Georgia governor. 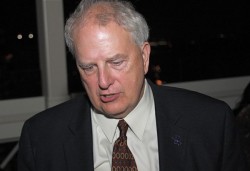 Barnes (bottom photo) stated again Monday during a mixer with LGBT politicos that his definition of marriage is a union between a man and a woman. He went a step further, adding that if he had been in the General Assembly in 2004, he would have voted in favor of a state constitutional ban on gay marriage that later was overwhelmingly passed by Georgia voters.

But chalk this one up for Barnes and Monds (top photo): They both said they support the sale of alcohol on Sundays, always an issue with the queens who cocktail. Deal, not surprisingly, passed it off as an issue for local communities.

By the way, Monds was the only one of the trio that took part in Pride.