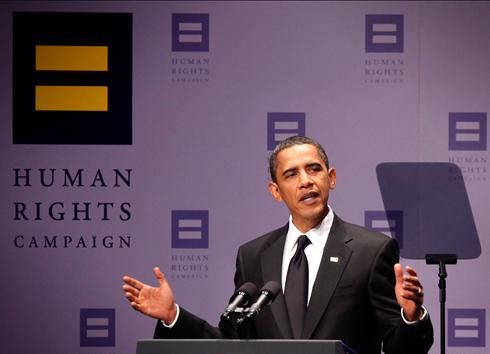 The gays are good for votes and campaign cash. And now President Obama can use us as cover during June, the month when gays dance in the streets and get Pride-ful. Except in Atlanta.

Obama has mostly ignored LGBT concerns since taking office. He did give us a wink and a nod in naming former softball player Elena Kagan as his Supreme Court pick, but Obama has been pretty busy since becoming the man with taking over failing auto makers and dealing with a financial meltdown, an economic recession, grumpy Tea Baggers and Sarah Palin.

Now, he’s being blamed by conservatives for BP’s oil spill in the Gulf of Mexico, too. To distract them, Obama’s making good on what seems like every LGBT pledge he’s ever made as a candidate.

Gays in the military: Check.
Issue proclamation to celebrate June as Pride month: Check. (The Atlanta suburb of East Point did that, too.)
Confirm a lesbian as U.S. Attorney: Check.
Extend partner benefits to federal workers: Check.

Is it a Pride-month ruse to lather up the conservatives figuring that they hate the gays more than oil-covered beaches? Maybe, maybe not. For Obama, it’s a win-win. Coddle the LGBT folks during their month while throwing some red meat to the GOP as a distraction. The gays roll over easy – we’ve proven time and again that a little stroking, politically speaking, goes a long way with us.

Or Obama could be jockeying for a spot as keynote speaker at some big city Pride festival this month. Don’t you wish every month was Pride? In Atlanta, at least, we get it twice. There’s Little Pride — more formally known as Stonewall Week — later this month with Big Pride in early October. Maybe Obama will throw us a little love this fall, too.