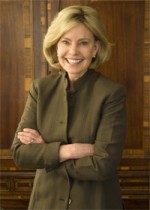 The Washington, D.C.-based Gay & Lesbian Victory Fund announced today that it has endorsed 100 openly gay, lesbian and transgender candidates across the U.S. this year, the group’s largest-ever slate of candidates.

“I think reaching this milestone is a testament to a new attitude in our community about how to achieve political change,” says Chuck Wolfe, the Victory Fund’s president and CEO.

“We don’t have to accept sitting on the sidelines and hoping others will do the heavy lifting. We can roll up our sleeves and do it ourselves,” he added.

The group will continue to endorse candidates in the coming weeks, according to Laura Esquivel, the Victory Fund’s senior vice president for political affairs.

But candidates endorsed by the group are difficult to find in the Deep South. For this election cycle, there are no Victory Fund candidates in Georgia, Alabama, Mississippi and Tennessee. In Georgia, Karla Drenner, the legislature’s only openly gay member, didn’t face an opponent for re-election to her District 86 seat. Three other gay candidates vying for the General Assembly lost in the primaries.

In South Carolina, Democrat Linda Ketner (photo) is seeking a seat in Congress. The lesbian and longtime businesswoman and community activist faces an incumbent Republican. There are two openly gay candidates in Florida and two in North Carolina.

Since 1991, the number of openly gay elected officials in the U.S. has grown from less than 50 to more than 420, according to the Victory Fund.

View the Victory Fund’s list of its 100 endorsed candidates.