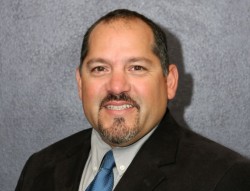 The list of openly gay candidates seeking office in metro Atlanta on the Nov. 3 ballot is up to 14 with the inclusion of a longtime Delta employee and a community activist and perennial candidate.

Kenneth DeLeon, an East Point homeowner since 2002, is hoping to unseat incumbent Marcel Reed for the city council’s At-Large Ward C and become the second openly gay man on the council. Keisha Waites quietly stepped into the race for the District 12 post on the Atlanta City Council, hoping to dispatch incumbent Joyce Sheperd, a candidate she backed in a runoff in 2005.

DeLeon, a longtime player and coach with the Sharks in the Hotlanta Softball League, says his motivation to step into politics comes in part from the August death of teammate Clint Price.

“I had been thinking abut running for some time but that broke the straw in the camel’s back,” DeLeon says. “Life is really really short. After it is all done for any of us, what are we going to be able to say that we’ve made a difference in, whether it’s giving our time to some great cause or to try to help those within our community have a better life some way, some how. I really believe I can make a difference and I want to make a difference.”

If DeLeon wins, he would join two-term council member Lance Rhodes as gay members of the city council. Rhodes was first elected to the council in 2003. DeLeon hopes to help smooth over what has been a sometimes tense relationship between East Point’s more conservative black population and its burgeoning base of gay residents.

“I think that our communities have more in common than less in common. There have been times in both of our histories in our communities where we have found ourselves isolated and rejected, have had negative stereotypes said about our community. We are the human race, there is no black, there is no gay, no straight. We are all human beings. We have to learn to live together and fin that common ground and that common good. When I pay my taxes, they don’t care if the money comes from an African-American person, a gay person or a straight person,” DeLeon says.

DeLeon, a 20-year Delta employee who now serves as a flight attendant, wants to focus on assuring that city government runs efficiently and provides basic services, providing safe and clean neighborhoods and attracting new businesses to the area.

“It is a small city and the city provides basic services to its resident, but there is also an ability to get in there and look to make sure the city is run efficiently, is held accountable and to ease the tax burden on its citizens,” DeLeon says.

Waites qualified earlier this month, along with other municipal candidates, but stepped into the District 12 race with little fanfare. Hitting the campaign trail, though, is something she’s done before: This is the third she’s sought the city council post now held by Sheperd. The race also includes Curtis Davis Jr.

Waites also picked up an endorsement from Georgia Equality in 2008 as she campaigned for the state House District 61 seat, a race she lost.

For the District 12 post, Georgia Equality endorsed Sheperd, one of two races in which the statewide gay rights group endorsed a straight candidate over a gay one. The other: backing Lisa Borders for mayor over gay candidate Kyle Keyser.

Waites’ professional experience includes stints with the Small Business Administration, Federal Emergency Management Agency, Fulton County schools and the City of Atlanta’s revenue department, according to her campaign website. She also writes that increased crime and poverty, among other reasons, prompted her to enter the race this year.

In 2005, I supported the incumbent in a run-off election because I believed she was committed to improving our community. However, increased violent crime, poverty, corruption, and political scandals have further disenfranchised the district causing many small and large businesses to relocate to thriving communities or close due to decreasing revenue streams. Today there is an urgent need for ethics, fiscal accountability, and integrity in government. Consequently, the actions and decisions of the incumbent in the last four years have not reflected these qualities.