Now, you can call him City Councilman Alex Wan 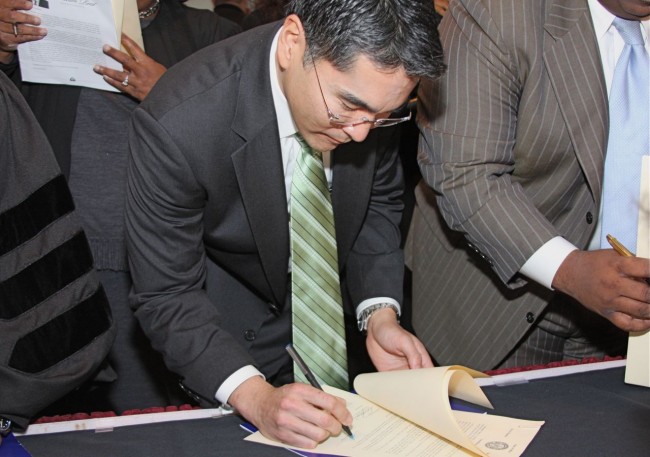 Alex Wan made history Monday, becoming the first openly gay man and Asian American on the Atlanta City Council, though the moment was eclipsed by the pomp and circumstance of a new mayor taking office.

And almost as quickly as taking the oath of office, the work began with Wan and the other 14 members of the City Council being shuttled to City Hall for their first formal meeting. 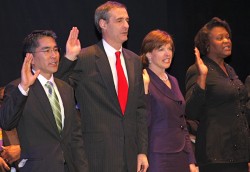 But as Wan signed his paperwork after a two-hour inauguration for Mayor Kasim Reed and other elected officials in the city, what started out as his second political campaign nearly eight months ago was cemented: He’s the District 6 representative on the council and takes over a post that encompasses much of Midtown and has been held by two lesbians for 12 years.

Wan, who has acknowledged the historic implications of his victory, was more focused on rolling up his sleeves and getting to work Monday. He’s kept in place Sheila Parrott, a longtime City Hall staffer who served as chief of staff to Anne Fauver, a lesbian who retired after two terms in the District 6 seat.

“My background is in finance and it’s where I feel I can make the strongest and most meaningful contribution,” Wan says during an interview at the Civic Center after the inauguration ceremonies. “It’s also one of the most pressing issues the city is facing right now. Whatever I get assigned to, I just want to get to work.”

Wan is one of five new council members who took office Monday. He says that with a new mayor, council president and turnover on the council that the elected officials seem ready to work together on the city’s most pressing problems, which include finances battered by a recession, pension obligations to former city workers and public safety.

Wan scored a 20-point win over Liz Coyle to win the District 6 seat in the Dec. 1 runoff. During the campaign, Wan scored endorsements from gay political groups, former opponents and civic groups.

Wan is the development director for Jerusalem House, which provides housing and support services for people affected by HIV.