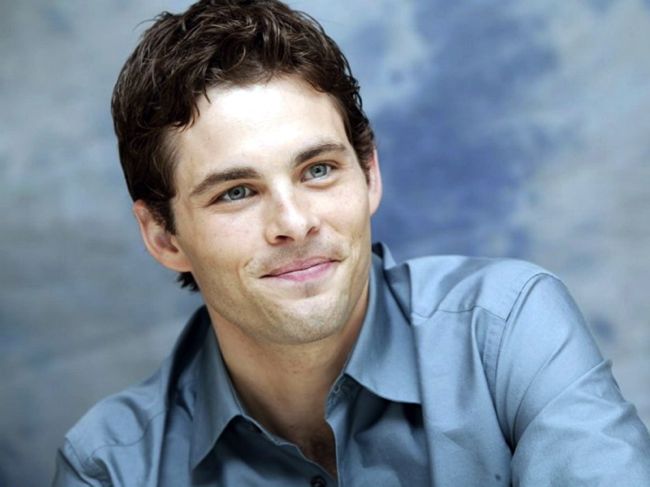 Add sexy Cyclops James Marsden to the list of A-list actors invading Atlanta, working their cardio on a treadmill next to you and igniting gay passions in that cute but definitely not stalker sort of way. First it was honorary gay cowboy Jake Gyllenhaal living it up in Midtown. Then not gay Hugh Jackman attempting to quietly work those Wolverine pecs in an out-of-the-way Decatur gym, only to be exposed by sweaty gays. They're here for "Prisoners." Now, it's Marsden. He hit Atlanta last week, dining at Midtown's Cypress and making the gays hope that he'll walk his dog while flopping about in sweatpants like that one time he teased us in Toluca Lake, Calif. Piedmont Park is perfect for that sort of, ahem, show, James. Just a few blocks from the restaurant, in fact. Marsden's in town filming "Anchorman 2" with Will Ferrell, Paul Rudd, Christina Applegate and others we're not all that interested in. Marsden plays a rival to Ferrell's Ron Burgundy. Keep an eye for him during taping on Tuesday at the Campanile Building on Peachtree Street in Midtown. Sadly for the gays, Marsden isn't quite the Atlanta gym rat like "True Blood's" Joe Manganiello. As for Gyllenhaal, he's apparently living it up in "a luxurious hotel in Midtown."