There are probably as many gay takes on the 1996 Olympic Games as there are LGBT people who lived here at the time. Journalist Elliott Mackle had a birds-eye view and uses it as a backdrop for “Hot Off the Presses,” which debuts at Outwrite on Tuesday.

Most probably remember the era in part through the lens of public outcry against Cobb County’s anti-gay resolution and the subsequent efforts by Olympics Out Of Cobb to detour the torch run and remove the volleyball games from the county. But as Mackle covered the Games for the Atlanta Journal-Costitution, much more political wrangling and issues were going on behind the scenes. If our interview is any indication, look for a lively, enlightening appearance by him on Tuesday at Outwrite Bookstore & Coffeehouse.

In “Hot Off the Presses” (top photo), Henry Thompson is the editor of a fictional gay Atlanta newsweekly called Outlines. Thompson thinks he has enough problems dealing with conservative, old-money owners and the corrupt mayor of Atlanta. The politician is an evangelical clergyman who denies that African-American men are at risk for HIV and sees no benefit in accepting safe-sex-education funds just months before the Centennial Olympic Games.

Thompson lost his partner to AIDS and sees the casual sex happening around him as almost criminal and certainly lethal. He relies on a good friend’s skilled Tantric massages to release the tension in his life and raise his spirits. Then, while taking in a good, voyeuristic sweat at an all-male steam room, Thompson ?nds himself in a tryst with a handsome local athlete.

What happens to a crusading journalist when he falls for a closeted gymnast favored to win gold at the Olympics? When CNN and Sports Illustrated hound him in a never-ending demand for sensationalism that threatens careers, Thompson must weigh his journalistic integrity against protecting his friends and his passion against his restraint.

Highly lauded writer Felice Picano writes of the book, “This is the way gay novels used to be written: big, smart, sexy, funny—with important themes, great characters, and the tainted heart of a big city at its core.”

Mackle (second photo) later became a food columnist for Creative Loafing and wrote the Lambda Award-finalist novel “It Takes Two.” We asked him about his latest book, and he enlightens us on his process as well Olympics-era Atlanta. 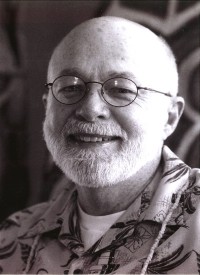 Project Q Atlanta: Why a novel about the Atlanta Olympics, particularly a gay-themed one concerned with racial and sexual politics?
Elliott Mackle: The 1996 Centennial Olympic Games was a turning point for Atlanta. The capital of the New South tried and failed to become the Next Great International City. We haven’t recovered yet. As far as I know, no one has written a novel with the Atlanta Games as focal point.

Many in Atlanta would like to forget 1996 ever happened, not to mention that Bill Campbell, probably the most corrupt mayor in modern Atlanta history, was behind much of the disaster downtown.

I write fiction about men who love men, and most gay aspects of the Games hadn’t been covered in any depth. As a lead reporter for the Atlanta Journal-Constitution during the Games, and a close friend of Gary Kaupman, then [with] Southern Voice, I was in a unique position to write this book.

The subject appealed to me as a broad canvas for story-telling, sweaty man-to-man romance and political satire. Luckily, I’d kept good notes.

Is “Hot Off the Presses” based at all in fact? How closely is your gay newsweekly based on SoVo at the time? Is the book’s “scandal” anything that actually happened? Dish!
“Hot off the Presses” is fiction based on personal experience, rumor, innuendo, reporting by colleagues, off-the-record recollections by Atlanta Committee for the Olympic Games (ACOG) volunteers and a good deal of indignation over the commercialization and politicization of what began 100 years earlier as a quest for world peace.

My go-anywhere Olympic credential allowed me to witness the events behind the event–and to be leaned on by ACOG minders intent on micromanaging press coverage. I was present in the AJC newsroom when mistakes were made, when gung-ho editors went with the “story” rather than demonstrable truth.

From all sides, I heard credible tales that either couldn’t be verified on deadline or were spiked to cover up bad behavior. The novel is thus a blenderized combination of all that: my own ethical ideals as a reporter and lover put to a series of stress tests; the efforts of individuals good and bad to get Atlanta through what the daily called (without irony) “One Glorious Summer”; an outsider’s conception of a small, well-financed GLBT news operation, and a lot of real and imagined dirt on athletes, socialites, politicians and gay “leaders” whose sole interests were their own advancement.

The “scandal”? It’s loosely based on a particularly dramatic, widely reported moment in the Games. I merely turned it upside down and invented tasty background details.

How does your experience as a journalist affect the way you write fiction? Certainly it informs your editor-narrator’s language, but how do novels differ from reporting and reviewing?
Novels, like critical essays, tell stories, but the zigzag arc of plot and interplay of characters are considerably more complicated and difficult to master.

Plotting took me a while, including some fairly severe coaching by novelist-editor Katharine V. Forrest. “More tension,” she’d say. “More danger, more fear and surprise. Cut all these pages of boring exposition and backstory.”

While some of the scenes in “Presses” are indeed on the hot side, the point I’m making is that Henry finds his truth and inner goodness through a highly unconventional spiritual quest rather than through mainstream religion, yoga, organic diet or self-help books.

What was the experience like writing the book? What was your process?
My MO as a writer is to imagine myself back into the place I’m writing about, be it a Buckhead steak house or Georgia Dome locker room, and describe what I see behind my eyes. I listen to what’s said, I sniff, taste, check the water temperature and type as fast as I can.

Of course in a novel, I start with characters. Discovering who they are, what they want and why they can’t (yet) get it goes a long way toward creating the story, the plot. Many of us who participated in the Atlanta Games–from medics and ticket takers to performers in Opening Ceremonies to very high level troubleshooters–wouldn’t trade the experience for an extra year of life.

When I started writing at age 14, it was as an attempt to make sense of my place in a very troubled family. Creating “Presses” was an extension of that–finding meaning and value in events, quests and people that, while far from perfect, deserve to be honored and remembered or at least understood. Drafting a novel takes me about a year. It is the best of times, the worst of times–my pets hide under tables, my friends roll their eyes–and I wouldn’t have it any other way.

LGBT Atlanta shows out in unexpected ways sometimes. That certainly goes for one of the NFL’s only out gay cheerleaders, Ben Ajani. But even...
Read more
Community